Delhi Monsoon: Delhiites will have to be patient until monsoon comes and brings the temperature down. 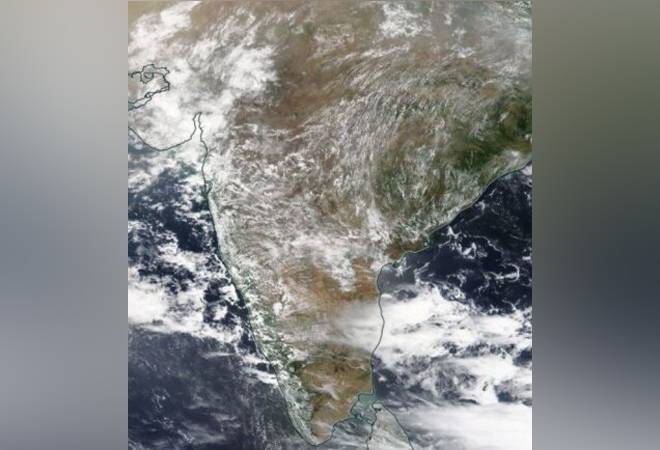 Delhi Monsoon: As per latest weather reports, monsoon has been delayed by more than a week this year.

People living in north India will have to wait a little longer for the monsoon clouds to arrive and experience relief from the scorching heat, especially in Delhi. As per the latest satellite image released by NASA, monsoon clouds are seen hovering over parts of South India and the Bay of Bengal. However, slight tinges of white clouds were seen over parts of central and north India.

As per latest weather reports, monsoon has been delayed by more than a week this year. Usually rain showers touch the coast of Kerala on June 1, but this time around, monsoon reached a week later on the coast. On Tuesday, rain showers were seen in Mumbai and Goa. The weather department has predicted that rain is likely to hit Gujarat by today or tomorrow.

The weather office on Thursday said that the monsoon rains of India were 24% below average up until June 26, 2019.The below-average rainfall has resulted in delayed sowing of summer-sown crops such as rice, soybean and corn and has threatened to curtail crop yields.

Meanwhile, Delhiites will have to be patient until monsoon comes and brings the temperature down. Additionally, almost 50% of Maharashtra (majorly eastern part) may reportedly get less rain this year even as western parts of the drought-prone Marathwada and Vidarbha regions will also experience the same monsoon conditions. It may be noted that central and east Vidarbha may also record little rain in the next two to three days.