'Most handsome industrialist': Birthday wishes pour in for Ratan Tata on Twitter 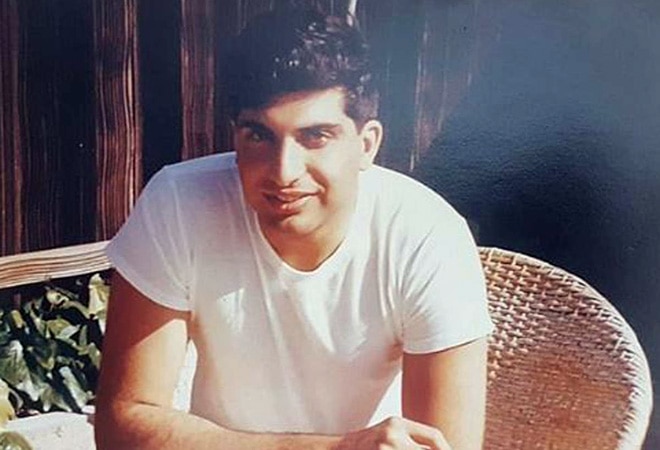 Ratan Tata, arguably one of India's most loved industrialists, turns 83 today. Wishes poured in from all quarters on his birthday. While some thanked him for his contribution to India's growth, some gushed over his charming appearance. Most of all, though, netizens took to social media to thank Tata for his philanthropy.

Tata is known for his philanthropic endeavours. He is known for contributing in the areas of education, medicine and rural development. Over 65% of his shares is invested in charitable trusts. Speaking at the Stanford Social Innovation Review, Tata had said, "Working on the shop floor as a young man, I saw close up the misery and hardship of the less fortunate and thought about how one makes a difference to improve lives. As I moved up through the departments and divisions, I continued to see hardship and had more opportunity to do something about it."

Tata Trusts, the philanthropic arm of the group aims to solve issues such as child malnutrition by focussing on maternal health and alleviate poverty. He had once said he has become more sensitive to the pain and suffering that exists.

Meanwhile, the Tata Education and Development Trust endowed a $28 million scholarship to provide financial aid to deserving undergraduate students from India. The Tata Group also donated $50 million for the construction of an executive centre at Harvard Business School. TCS also gave $35 million to Carnegie Mellon University, the biggest-ever international donation to the university.

Tata has always credited his grandmother Navajbai Tata, who raised him, for instilling in him the will to help the needy. "She had homes for the poor all over the country... She operated in that way not to gain visibility for herself, but because she was very kind-hearted and passionate in terms of doing away with misery," he had said according to Carnegie Medal of Philanthropy.

Ratan Tata was born on December 28 in 1937 in Mumbai. His parents Naval Tata and Sonoo separated when he was 10 years old. He studied in Campion School in Mumbai till Class 8, following which he joined Cathedral and John Connon School in Mumbai and Bishop Cotton School in Shimla. He graduated from Riverdale Country School in New York CIty. In 1959, he received a degree in Architecture from Cornell University and pursued an Advanced Management Program from Harvard Business School in 1975. He joined the Tata Group in 1961 and was promoted to management in 1970.

Known for his community work and business, Tata was awarded the Padma Bhushan in 2000 and the Padma Vibhushan in 2008. He has also been awarded the Honorary Fellowship of The London School of Economics and Political Science in 2007, the title of Honorary Knight Commander of the Order of the British Empire, United Kingdom in 2009, the 'Honorary Knight Grand Cross of The Order of the British Empire' in 2014, and the 'Oslo Business for Peace Award' by the Business for Peace Foundation in 2010.

Here's how netizens wished Ratan Tata on this 83rd birthday:

Happiest B'day to the man who has taught many valuable lessons of life, and have inspired thousands with his actions.@RNTata2000#RatanTatapic.twitter.com/TQq3DGjy54

#HappyBirthdayRatanTata
Happy birthday to India's most wonderful and loving industrialist tycoon Mr Ratan Tata.
You have always done glorious things for this nation and its people.
May God give you a Amazing life ahead.#RatanTata@RNTata2000

To the man who taught many valuable lessons, He donates over 65% of wealth to various charitable Trusts.Anyone can be billionaire,But One needs to be a Good person like him many happy returns of the day to Sir Ratan Tata 🎂💐🙏
#RatanTata@RNTata2000#happybirthdayratantatasirpic.twitter.com/DGeGf3lZl2

The one who needs no Introduction, Happy Birthday @RNTata2000 sir!#ratantatasir#RatanTatapic.twitter.com/V1oHpGtxEc

The guiding light for me and millions of people out there who look up to you and try to learn the successful way of living life and be kind in the manner you do. Wishing you the healthiest and longest happy life. HAPPY BIRTHDAY SIR @RNTata2000
Best Regards#happybirthdayratantata

Hello everyone! This is my oldest colour pencil drawing of @RNTata2000 sir. He was Ex-chairman of Tata sons and Tata groups. I have posted this as a tribute to him on his birthday today.
Thank you.
Hope you like it @RNTata2000 sir and wishing you a very happy birthday sir. pic.twitter.com/wnOx25wQ47

Who tells Brittish took Kohinoor with them..India has Bigger and Precious Gem than Kohinoor. Sir #RatanTataji@RNTata2000
Wish You a Very Happy Birthday Sir. You are Pride of Our India...Praying for your Longlife. pic.twitter.com/deVCv3wWHd

Being young is a privilege, Being attractive a genetic gift, Being cool, that is all you @RNTata2000. Happy birthday Sir wish you many many happy returns of the day @RNTata2000 Sir ❤️❤️❤️ pic.twitter.com/JRNQ9xmK3f

BT Insight: What charges, taxes must you pay to invest in global stocks?