Mumbai rains: The weatherman has predicted more rains in the city and its suburbs in the next two days. 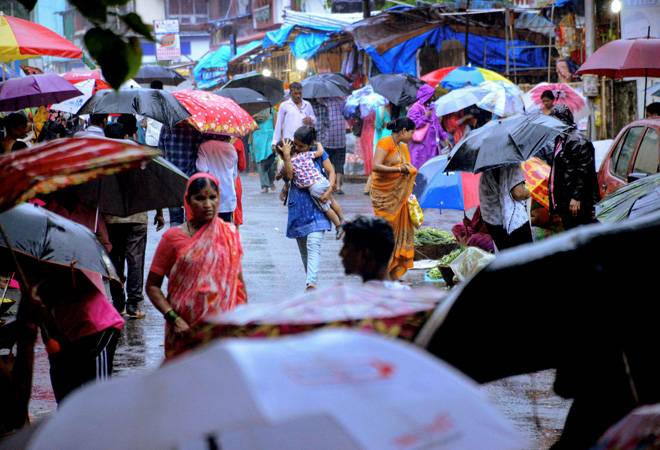 Mumbai rains: Heavy rains have affected flights and train services in Mumbai. According to private forecaster, Skymet Weather, between 2:30 a.m and 5:30 a.m. on Wednesday, Mumbai recorded 51 mm rainfall. The visibility at Mumbai airport dropped to 300 meters due to the rain.

Budget airline Vistara announced on Twitter, "due to heavy rains in Mumbai, flights to/from Mumbai may be impacted throughout the day". Also, IndiGo has requested passengers to check for flight delays due to heavy rain. IndiGo announced on Twitter, "Request all passengers to check for delays due to heavy rains in #Mumbai. For flight status, visit (link: http://goindigo.in) goindigo.in or send an SMS ST <flight no.><flight date> as DDMM, e.g. for flight 6E-333 for Jul 24, send ST 333 2407 to 566772".

#TravelUpdate : Due to heavy rains in Mumbai, flights to/from Mumbai may be impacted throughout the day. Please visit https://t.co/IZ9taT0TOv or SMS UK <flight no> to 9289228888 for updated flight status. Thank you.

Central Railway said suburban railway services were running on time on all four corridors. However, a main line between Sion and Kurla saw  10-15 minutes delay  around 8 a.m in the morning after the Sion station in North Mumbai was submerged due to water logging.

However, there is delay of 10 to 15 minutes on main line between Kurla and Sion due to water logging in low lying spots of this patch."

Road transport services were also affected by the continuous rainfall in the city. Some of the buses of  Brihanmumbai Electric Supply and Transport (BEST) were diverted due to water-logging. According to news agency ANI, three cars collided in Andheri today due to low visibility. Eight people in the accident have got injured, no casualties reported.

Mumbai: 8 injured after three cars collided with each other in Andheri, due to low visibility following heavy rainfall in the city, early morning today. #Maharashtrapic.twitter.com/Ts2srOqxd3

The Indian Meteorological Department (IMD) has predicted more rains in the city and its suburbs in the next two days.

"A system of clouds is moving towards Mumbai from the Arabian Sea. The low pressure area that is developing will bring more showers to the Mumbai region in next 48 hours," the IMD official said.

Heavy to extremely heavy rainfall is likely at many places in neighbouring Raigad district and Ratnagiri in the Konkan region on Wednesday and Thursday, he said.

"Security forces as well as the National Disaster Response Force (NDRF) and disaster management cells of the respective districts have been informed about it," he added.