"The sky is clear now, so there is no need of it," Delhi Chief Minister Arvind Kejriwal said at a press meet on Monday 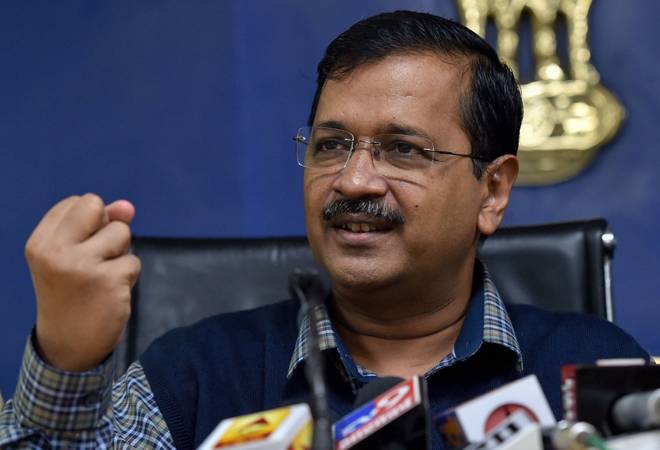 "The sky is clear now, so there is no need of it," Kejriwal said at a press meet on Monday.

On its last day, CM Kejriwal had said that a decision on extension of the odd-even plan would be taken on November 18 after monitoring the weather situation. He had said that the pollution levels were likely to go down considering an increased wind speed.

Commenting on bottom ranking of Delhi in tap water quality, Kejriwal said that any city's water quality cannot be judged on basis of 11 samples. "Ram Vilas Paswan ji isn't disclosing where samples were taken from. I'll take 5 samples from each ward of Delhi, get it checked and put data in public," he added.

As anticipated, the air quality index (AQI) in Delhi improved significantly over the weekend. The air quality index in Delhi stood at 211 ('poor' category) in early hours of Monday as compared to Sunday's 'very poor' category amid strong winds that helped in dissipating particulate matter. The pollution level has also come down in Delhi's adjoining areas. In Noida, the AQI was 'moderate' on Sunday, while in Ghaziabad it was recorded under the 'poor' category. The suburb is considered as the most polluted city in India.

However, the air quality is expected to deteriorate to the lower end of the 'very poor' category on Thursday as the surface winds begin to weaken."The AQI is forecasted to further improve by today afternoon and likely to stay at Moderate to lower end of Poor category for tomorrow," an air quality bulletin by SAFAR said.

Best mobile phones under Rs 15,000: Xiaomi Redmi 8A to Realme 5 Pro, choose from these 10 options