Delhi odd-even rule: Since the odd-even scheme is starting from November 4, therefore, cars with even numbers will be allowed on the road on this day 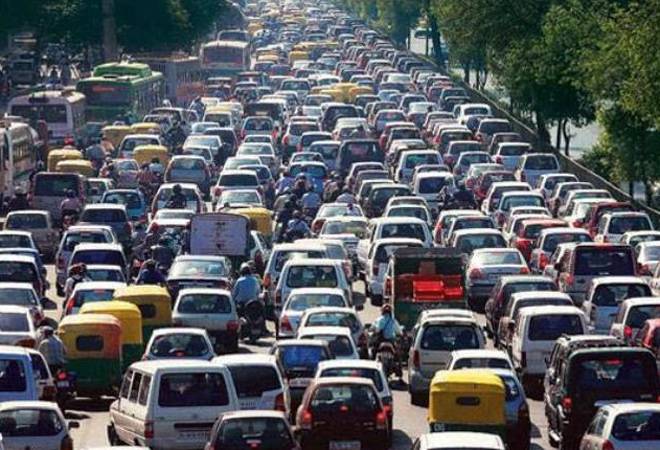 Delhi odd even rule: The odd-even scheme will be applicable in Delhi from 8 am to 8 pm, except on Sundays

Delhi odd-even rule: The odd-even rule kicked off in Delhi on November 4 at 8 am. This is for the third-time the odd-even rule has come into force in the national capital. Odd-even rule in Delhi was implemented  for the first time from January 1-15 and then from April 15-30 in 2016.

Meanwhile, senior BJP leader Vijay Goel was found in violating the odd-even rule  by driving an SUV with an odd last digit.  'This scheme is just a gimmick, they(Delhi Govt) themselves say pollution is due to stubble burning,then how does this scheme help? I am ready to pay the fine for violation', Goel said.

Later, Delhi Transport Minister Kailash Gahlot met Goel with a bouquet of flower, urging him not to violate the rule as it was aimed at bringing down pollution.

1. Since the odd-even scheme is starting from November 4, therefore, cars with even numbers will be allowed on the road on this day. Next day, on November 5, cars with odd-numbers would be allowed on Delhi road. This will go on till November 14.

3. If anyone violates odd-even rule then a fine of Rs 4,000  would be charged. Earlier, the penalty was Rs 2,000 for the violation. The hike in penalty has been suggested by the Transport department as per the amended Motor Vehicle Act.

However, once a person is issued a chalan for violating the rule, he will not receive another chalan during the same day.  It must be noted that cars from other states will also face fine if found violating Delhi's odd-even scheme.

4. The odd-even scheme will be applicable in Delhi from 8 am to 8 pm, except on Sundays.

5. Exempted vehicles during odd-even scheme: Two Wheelers, Women drivers alone or with child up to 12 years of age, Private vehicles with school children in uniform (only during school timings), Vehicles with person/s with physical disabilities, electric vehicles.

6.  The following will not be exempted from the odd-even scheme in Delhi:

7. Cab aggregators Ola and Uber have said that they will deactivate surge pricing during the 12-day odd-even road rationing scheme.

8. The Delhi government has said that it is going to hire 2,000 private buses to boost public transport system during the odd-even scheme. Currently, around 5,600 buses are run by DTC and DIMTS under Cluster scheme.

9. During odd-even rule in Delhi, the Delhi Metro Rail Corporation  (DMRC) will conduct 61 additional trips and a total of 5,100 trips through 294 trains.

10. Chief Minister Arvind Kejriwal has ordered staggered office timings at all Delhi government offices. The offices of various departments of the Delhi government will open at 9.30 AM and 10.30 AM, he said.