Pati Patni Aur Woh Box Office Collection Day 1: The film has got a decent response from both critics as well as the audience; Taran Adarsh says the the film is a thoroughly entertaining contemporary adaptation of BR Chopra's classic 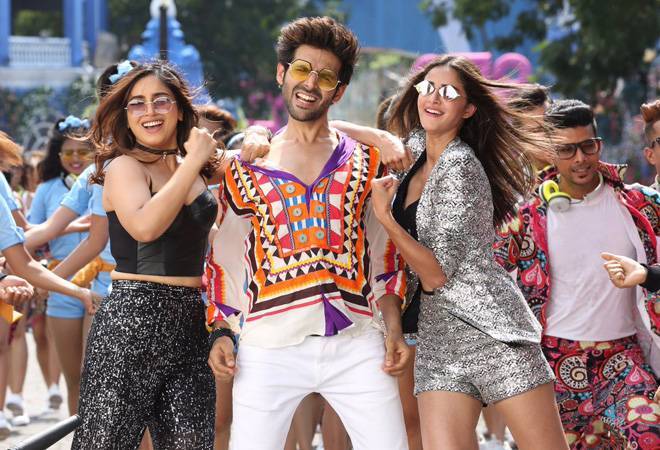 Kartik Aryan, Bhumi Pednekar and Ananya Panday's film, Pati Pati Aur Woh, seems to have got a good start at the box office, with the film being dubbed as the biggest opener of Kartik Aryan's career. As per Box Office India's initial estimates, the film's first-day earnings to could easily go up to Rs 8.5-9 crore. The film has got a decent response from both critics as well as the audience.

Trade analyst Sumit Kadel said Pati Patni Aur Woh is set to experience a good run at the box office and its earnings could rake in between Rs 7 crore and Rs 9 crore on its opening day.

The film is a romantic comedy that revolves around the lives of Abhinav Tyagi, Vedika Tyagi and Tapasya Singh. Apart from Kartik Aryan, who plays the role of Abhinav "Chintu" Tyagi, the film stars Bhumi Pednekar as Vedika Tyagi, Ananya Panday as Tapasya Singh and Aparshakti Khurana as Fahim Rizvi.

Pati Patni Aur Woh has been released alongside Sanjay Dutt and Arjun Kapoor starrer 'Panipat'. With the clash between these two big releases, audiences are likely to have a great time this weekend.

Unnao rape victim dies in hospital after being set ablaze