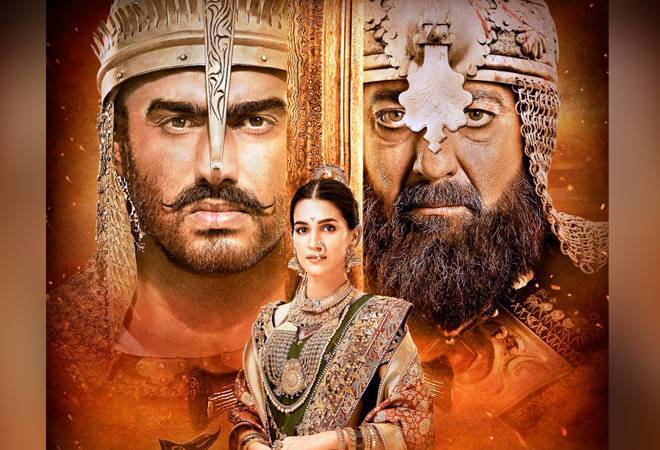 Panipat box office collection: The film is made on a budget of over Rs 100 crore

Sanjay Dutt, Arjun Kapoor and Kriti Sanon's period drama Panipat seems to have got a good start at the box office. As per initial estimates, the film's first-day collection could easily go up to Rs 6 crore. Made on a budget of over Rs 100 crore, Panipat has received mixed reactions from both critics as well as the audience.

Lagaan-director Ashutosh Gowariker has made his comeback after three years on Panipat. The film is based on the third battle of Panipat which took place on the 14 of January in 1761 between the Marathas and the King of Afghanistan, Ahmad Shah Abdali. Some people say the film's total duration of 3 hours could prove to be a deterrent for many viewers to come to the theatres.

Apart from these three, the other supporting cast of Panipat includes Mohnish Bahl as Nana Saheb Peshwa, Kunal Kapoor as Shuja-ud-Daula, Zeenat Aman as Sakina Begum and Padmini Kolhapure as Gopika Bai.

National Award-winning art director Nitin Chandrakant Desai recreated the majestic Shaniwar Wada (a historical fortification in Pune which was the seat of the Peshwas of the Maratha Empire until 1818) at ND Studios. Neeta Lulla has designed the costumes.

Food in 2020: Mindful eating, traditional fats to be in vogue