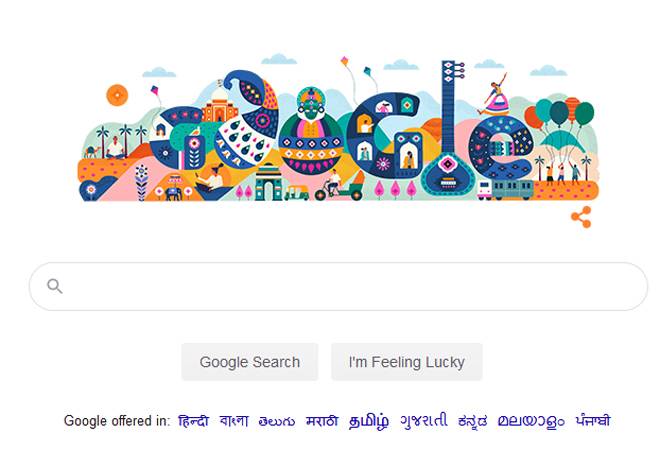 Republic Day 2020: Google Doodle pays tribute to India's diverse culture and heritage on the 71st Republic Day. The doodle showcases famous landmarks such as India Gate and Taj Mahal along with a range of fauna including the Indian peafowl.

Republic Day celebrations are held to mark the day India became an republic after its constitution came into force. The constitution took nearly three decades to materialise. After India's independence on August 15, 1947, the constitution was adopted by the Indian Constituent Assembly on November 26, 1949. However, the governing document came into effect on January 26 the next year. The day marks India's Purna Swaraj (complete freedom) from British dominion.

This year, for the first time, the Indian Prime Minister will honour the martyrs at the National War Memorial instead of the Amar Jawan Jyoti. Brazilian President Jair Bolsonaro has been invited as the Chief Guest for this year's celebrations.