Messi, 35, might be playing his last world cup at the Qatar World Cup

Lionel Messi strikes with a penalty against Saudi Arabia to give Argentina an early lead in the game. The VAR helped Argentina to get an early penalty in the game. The ace striker hit the ball past the net to give Argentina an early lead in their campaign opener. Messi took a shot within minutes after the match started, which shocked Saudi Arabia's defenders. This is Messi's fifth World Cup appearance and the seven-time Ballon d’Or winner is one of the favourites this season. Experts have full faith his magic would work this time and Argentina can win the cup after 36 years. 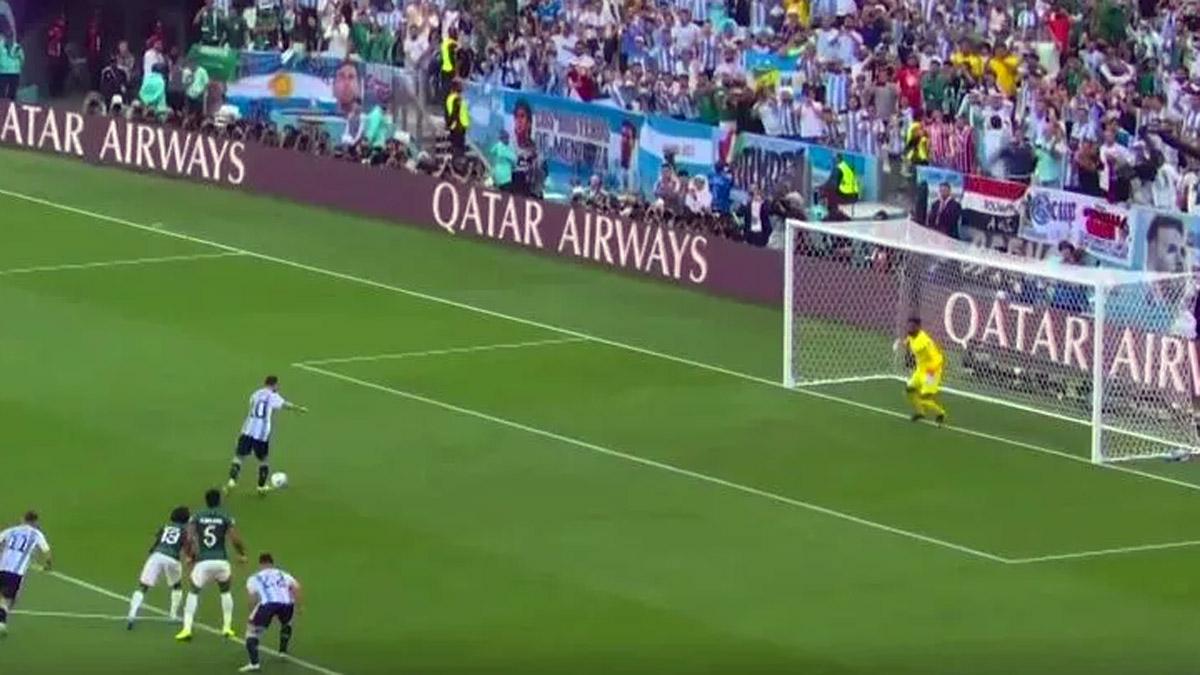 Within minutes, Lautaro Martinez struck gold for Argentina who got the ball past the goalkeeper with a chip over him. The shot was verified on the VAR and it turned out to be another off-side goal. Now, the score is Argentina 1, Saudi Arabia 0.

After half time, Saudi Arabia scored a spectacular goal, levelling the score to 1-1. Saleh Al Shehri scored the goal.

At 73' Argentina 1 - 2 Saudi Arabia, Argentina are in no shape to score an equaliser. The Argentina players are feeling the pressure.

The FIFA World Cup match between Argentina and Saudi Arabia will be played at the Lusail Stadium, and would start at 3.30 pm IST, on November 22.

Indian viewers can the FIFA World Cup match on the Jio Cinema app and website for free. They can also watch the live telecast on Sports 18 channel.