'Why is it called man-made, not people-made': This kid feminist asks all the right questions!

Referring to a quote from Abraham Lincoln's famous Gettysburg Address wherein the United States' 16th President had said that "all men are created equal", the girl asked her mother "aren't women created equal too" 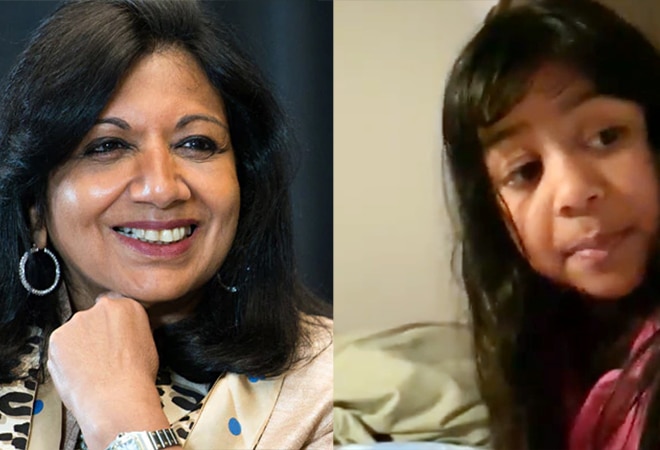 Biocon Executive Chairperson Kiran Mazumdar-Shaw, who has always been vocal about women's representation not only in business but in all walks of life, recently shared a tweet of a young girl asking her mother questions regarding skewed gender rhetorics.

The child feminist can be seen asking her mother in the video, "Why is it named man-made, why can't it be people-made?" When the mother asked where this was said, the girl replied, "in social studies".

She further says, "They said man-made or natural, why is it man-made, why can't it be people-made, why not human-made, because aren't women building the Eiffel tower or something."

Referring to a quote from Abraham Lincoln's famous Gettysburg Address, delivered on November 19, 1863, wherein the United States' 16th President had said that "all men are created equal", the girl asks her mother, "aren't women created equal too? Why don't they say all people are created equal?"

She then reiterates, "Why is it called man-made? Aren't women allowed to build stuff."

Shaw often shares stirring yet simple videos forcing many to think. A pioneer of the biotech industry in India, the billionaire entrepreneur is a recognised global thought leader. The recipient of Padma Shri and Padma Bhushan, Shaw started at the age of 25 in a field that was not fathomed by many and is a name to reckon with in business world today.

'Don't walk on road where there's cow': This leaf bag is bit too eco-friendly, but worth praising!