News
Lifestyle
Wordsmith
How to start a business? 3 books HERE will inspire you to start up

How to start a business? 3 books HERE will inspire you to start up

Want to start up your own thing but don’t know when where and how? Here are three books to give you the inspiration you were waiting for. Stories of three women entrepreneurs who broke new ground and built something for themselves. Read on.

Three books to fire up the biz-woman in you

Starting up your own thing is exciting business, but it is also a time full of doubts, confusion, and fear. Here are three books by three dauntless founders who have not only carved a niche for themselves in the world do business but created a legacy of inspiration for other young women who want to strike out on their own and create their own magic. She failed at 22 jobs and then borrowed $1,000 from her boyfriend, quit her job as a waitress, and started a small real estate office in New York. The story of Barbara Corcoran and her entrepreneurial journey is meant for anyone who needs to fuel their entrepreneurial dream. Corcoran has been one of the key ‘shark’ investors of the Shark Tank reality series that went on to become a global show with multiple countries across the world recreating their own versions.

“Procrastination is the enemy of success and the guilt of not doing something always steals your energy.” - Barbara Corcoran

From founding the Corcoran Group real estate brokerage, she went on to become an investor, syndicated columnist, and television personality. She finally sold her brokerage firm for $66 million in 2001. Corcoran’s story is lined with wisdom from her homemaker mom. The book is not preachy. In fact, is a frank, witty, heartwarming read. There is no way you will not be inspired to at least start thinking of starting up your own thing. Shark Tales is exactly what you need if you want to transition from a 9-5 life to independence. Maverick misfit, Sophia Amoruso’s story is by now a classic in its own right. Most people interested in success stories have by now read it and if you have not picked it so far, do it today. The book turned into a bestseller immediately following its release. Amoruso’s inspiring rags-to-riches story caught the imagination of aspiring entrepreneurs in no time.

“Naturally, every boyfriend comes with an ex-girlfriend, every business comes with competitors, but it is entirely up to you to decide how much time you spend thinking about them.”- Sophia Amoruso

An overnight success, Amoruso’s transformation from dumpster diving to becoming one of the quickest retail successes in the world caught everybody’s imagination. Her personal story of living on the edge, dropping out of school, going broke, and being absolutely directionless are all captured in #GIRLBOSS. Amoruso one day at her job as an ID checker at an art school came up with the idea of selling vintage clothes on eBay. Amoruso's story is charming because she has stayed an outsider to the system despite her success in business with Nasty Gal and Girlboss. The book is a showcase of her guts and absolute faith in her vision despite the odds. You simply can’t miss this fiery story.

She Means Business by Carrie Green 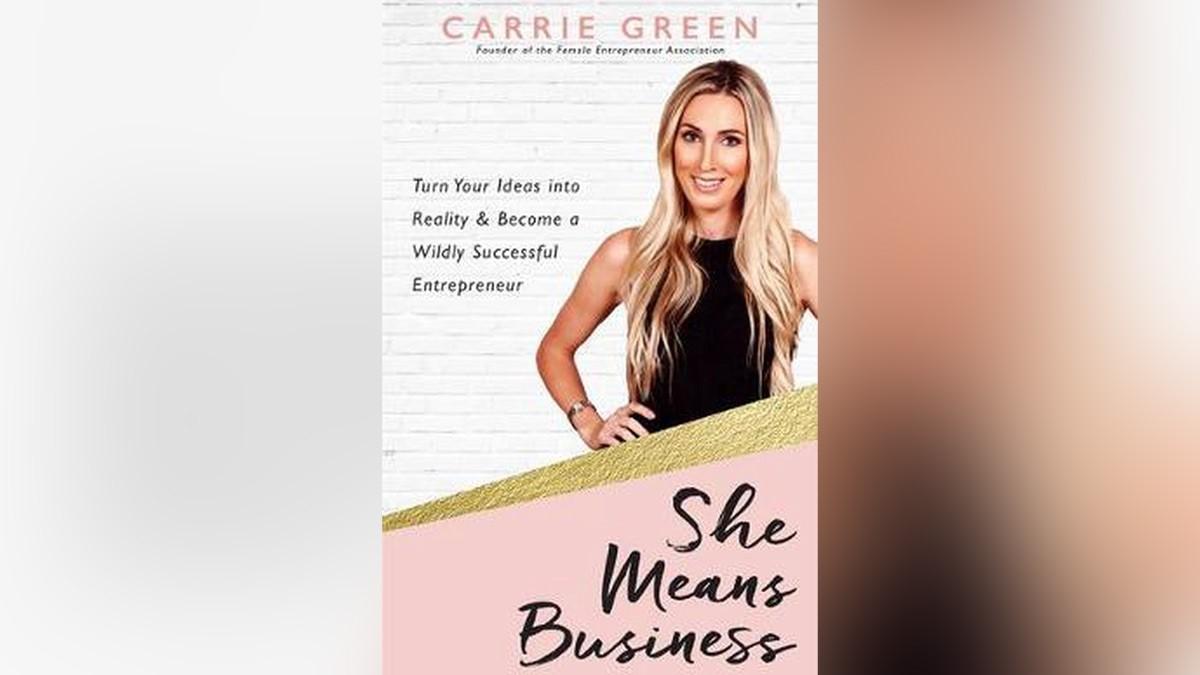 She Means Business will teach you to say yes to your dreams. Carrie Green started her entrepreneurial journey at 20 and never looked back since then. Green shows how a computer and an internet connection is all you need to build your ideas. Green is all out to support creative women with ambition and a dream to succeed. Her solid tips for women starting out can help clear fears, blocks, and confusion and bring you back to a space of clarity and focus.

“Every single part of our entrepreneurial journey will begin as an idea that will only become reality when we show up and bring it into the world.” - Carrie Green

Some basic takeaways from the book could be about getting clear about your own business vision, understanding your audience so you can connect with them, and finally creating a brand that fans rave about. The other gifts are tips about managing time, going in the right direction, and finally conditioning oneself for success. The book is typically meant for those looking for sharp tips to shape their dreams and make them real.