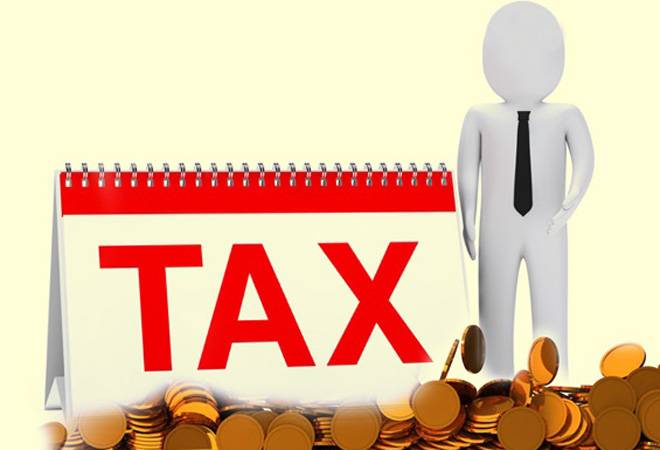 Voters have given their verdict loud and clear. This is the first time in the history when a non-Congress government has returned to power with absolute majority. The tedious seven phases of polling spanning over 40 days was a truly gigantic voting exercise - the largest the world has ever seen. As people have shown immense faith in the NDA government and given it the highest number of seats ever, it is natural that their expectations will also be higher. Now it's time for the new government to bring some relief for taxpayers.

NDA-I adopted many tax reform measures to eliminate tax leakages and also emphasised on increasing digitisation in the overall tax collection process. As a result, the tax base has increased and the benefit is expected to be passed on to taxpayers by reducing tax rates. Some experts see a lesser likelihood of any tax relief in the near future. "Tax reliefs are unlikely in the first year of the government as they may be looking at boosting tax collections which have been falling lately," says Archit Gupta, Founder & CEO ClearTax. Others expect that it may very well happen. "While India will not remain unaffected from the global economic situation and domestically too there are challenges, the common man does have lots of hopes. One should not be surprised if they actually come true to some extent," Kuldip Kumar, Partner and Leader Personal Tax, PwC India. As there is good ground to hope for tax reliefs, we tell you what are the most sought after tax reliefs that individual taxpayers can expect from the new government.

Though the government made taxable income up to Rs 5 lakh tax free, it has not raised the tax slab. You have a standard deduction of Rs 50,000, which applies equally to every salaried individual taxpayer. So, effective Rs 5 lakh taxable income limit goes to Rs 5.5 lakh. If your taxable income is up to Rs 5 lakh after all exemptions and deductions, tax is calculated as usual. However, you get a rebate of up to Rs 12,500 under section 87A, which makes your tax liability zero. There are ways by which you can end up paying nil tax even with higher income due to various exemptions and deductions. However, these exemptions and deductions are subjected to various investments and expenses, which many people may not necessarily do, so the benefit reaches to select few. However, if the basic exemption limit is raised, it will benefit all taxpayers uniformly. "The basic exemption limit should be increased at least to Rs 3 lakh for an individual taxpayer and Rs 3.5 lakh for resident senior citizens and Rs 6 lakhs for super senior citizens," says Naveen Wadhwa, DGM, Taxmann.

If you have a nominal taxable income above Rs 5 lakh you are at great disadvantage. First you have to pay Rs 12,500 tax on your income up to Rs 5 lakh and then pay 20 per cent tax on any nominal income above Rs 5 lakh. The current slab rates are following the recommendation of Direct Tax Code (DTC) draft which was prepared in 2010. The current tax slab rates should rather be based on current prices and take due cognisance of the inflation during last nine years. The Cost Inflation Index (CII), which was at 148 for 2009-10, has gone up to 272 for 2017-18, a rise of almost 84 per cent. Going by the inflation figure, most of middle income families would like to see an introduction of 10 per cent slab replacing current 20 per cent slab rate for income above Rs 5 lakh and below Rs 8 lakh. Similarly, the 30 per cent slab should start from Rs 15 lakh instead of current Rs 10 lakh and for income between Rs 8 lakh and 15 lakh, the government should levy income tax at 20 per cent.

This is one of the most popular tax-saving tools used by individual taxpayers as it allows deduction benefit on income if you make certain expenses or investments eligible under the section. It has been five years since the limit was revised last. As tuition fee paid for children is also included under this section, it makes the limit too low for a normal middle class family. A person with two children and a salaried job will have this limit exhausted just by statutory EPF or NPS deduction and tuition fee of children in most of cities in India. With inflation being a critical factor, people have seen the rise in cost across the board, be it education, health, grocery and so on. Inflation is working continuously and making it costly to sustain the same standard of living. "The present limit of Rs 150,000 under section 80C for various investments may be raised to Rs 250,000 to allow taxpayers to save tax while saving for their future," says Kumar. And this may not be too much to ask for. Going by the precedence set by the previous government, which raised the limit from Rs 1 lakh to Rs 1.5 lakh in the very first budget in 2014, it would not be much to expect the same from the new government.

The NDA government raised the limit to Rs 50,000 of interest income from deposits up to which the deduction of TDS was exempted. However, this may not be sufficient for senior citizens many of whom are dependent only upon interest income. The monthly income of at least Rs 8000 should be exempted from TDS and the annual limit should be raised to Rs 1 lakh. This will save many people including senior citizens from hassle of filing form 15G/H each year to prevent the TDS deduction.

Currently, the concession is allowed only twice in the block of four years. India is transforming into a country with vibrant middle class, which has greater travel aspirations when compared to past. "Keeping in view the stress level and wellbeing of young working class, LTA exemption could be allowed every year and even international destination may be permitted to be eligible for exemption. Additionally, other expenses such as boarding, lodging etc may also be included in this ambit rather than restricting the exemption to mere travel fare," says Kumar. So, if the LTA is raised from twice in a block of four years to every year, it will bring cheers for the middle class. This will also work as a catalyst to promote travel and tourism.

As per current taxation rules, you are allowed deduction on interest payment on a housing loan of up to Rs 2 lakh in a financial year. This does not appear sufficient when compared to the prices of housing unit in any metro or other big cities. Withdrawal of unlimited deduction on a let out property or second property was withdrawn by the previous government. As real estate, which is one of the major contributors to economic growth, is going through a slump, any relief to homebuyers may spur growth to a higher level. "Government should promote housing sector by giving higher deduction for interest on housing loan. It should consider increasing the limit to Rs 2,50,000 for self-occupied one house and Rs 3,00,000 for self-occupied two houses," says Wadhwa.