Over Rs 10 lakh crore from fuel taxes have been deployed in social schemes.  Cutting taxes mean cutting down on such schemes which will be political hot potato in the run-up to general elections. 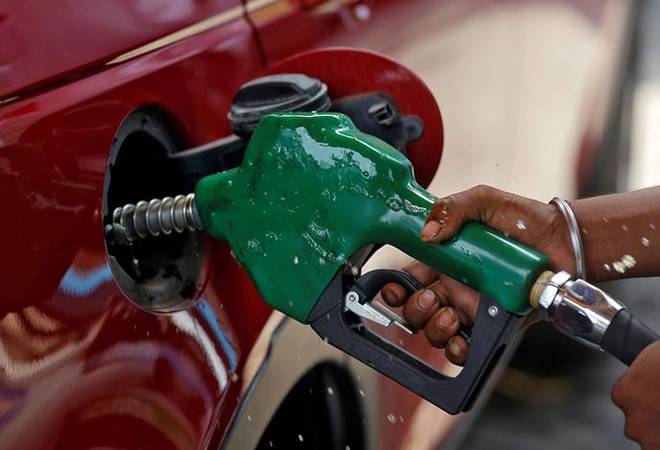 If at all public pressure forces the Centre and/or the states to cut taxes on petrol and diesel it be will more optics and theatrics than anything else. Because neither the Centre nor the states are in any position to make any substantial cuts in taxes. Between 2014-15, Centre collected Rs 10.04 lakh crore in taxes from petroleum products and deployed in social security schemes. States have done the same.

Total tax collections from petroleum sector to Centre and States have gone up from Rs 3.32 lakh crore in 2014-15 to Rs 5.53 lakh crore in 2017-18. Who would want to give up the Goose that lays such golden eggs?

In all, the government has collected only Rs 4.8 lakh crore-a good Rs 36,473 crore short of the target of Rs 5.20 lakh crore between April-August this fiscal.

This leaves the government will absolutely no leeway to cut taxes. If it does, this deficit will widen further by Rs 13,000 crore for every Rupee cut in taxes.

Its hands are tied further as it is already committed to meet any shortfall in states's GST deficits for a period of 5 years since the July 2017 launch of GST. If it cuts excise on petrol or diesel, far from compensating the states, its own deficit will be beyond control.

The resources raised from these were deployed in social schemes such as Ujjwala, new infrastructure development in roads and power. In all, the Centre would raise Rs 10.14 lakh crore between 2014-15 and 2017-18. Cutting taxes mean cutting down on such social schemes which can be quite a political hot potato in the run-up to general elections.

Chances of tax cuts in future look grim too. Unless other sources of taxes improve drastically, tax cuts on fuel are not likely next year either. Centre has committed to states a 14 pc growth rate year on year in GST revenues in these 5 years. With current GST collections already Rs 10,000 crore a month short of its target, how the deficit will be bridged is itself a big question mark.

It's really a catch-22 situation for the Centre. It can only hope the international prices show some respite. Else, tax cuts-if any-will be theatrics. Not anything substantial.

Also read:  Petrol prices at an all time high in India! How expensive is it in China, US, UK?