'Padmaavat would have been Bhansali's highest grosser even without the controversy'

Viacom 18 Motion Pictures has every reason to smile as its most expensive and undoubtedly most controversial film, Padmaavat, garnered revenues over Rs 300 crore. 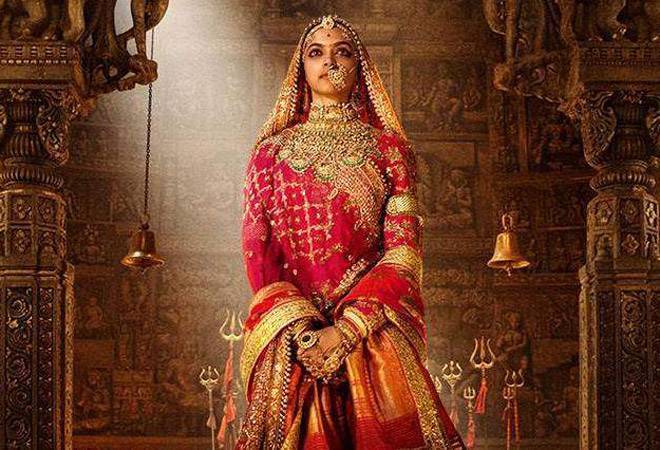 Viacom 18 Motion Pictures has every reason to smile as its most expensive and undoubtedly most controversial film, Padmaavat, garnered revenues over Rs 300 crore. While the debate is open whether it is controversy which actually did the magic, for Padmaavat, Ajit Andhare, COO, Viacom 18 Motion Pictures, in a chat with Ajita Shashidhar of Business Today, talks about what it took to get this Rs 150 crore magnum opus see the light of the day.

Do you agree that controversy played a huge role in the success of Padmaavat?

I am often asked this question. If I am making a Sanjay Leela Bhansali film and you have the kind of star cast that we had, we don't need to prop it up on controversy.

When the release of the film was getting delayed four out of the five analysts I spoke to, predicted that when the film releases this will be Bhansali's highest grosser, as controversy always attracts footfalls..

If there was no controversy even then Padmaavat would have been Sanjay Leela Bhansali's highest grosser. Of course controversy would have deepened people's curiosity, but what people tend to disregard is that Padmaavat anyway is a tentpole film, with Deepika, Shahid and Ranveer in it and the kind of opulence on which it was mounted, it always had a tremendous amount of interest in markets such as North Amercia, where it delivered great results. There was a compelling story of a strong woman protagonist. We often give a lot of credit to controversy. It's a little hard on a well made and mounted film. I am quite sure the film would have done Rs 300 crore even without the controversy as we wouldn't have lost out on the two States (Rajasthan and Gujarat) where it wasn't played.

Yes controversy did play a role but there is not need to over-read too much, as we also lost out on revenues.

So, what did you do to ensure that the film was released?

We had to shift our launch twice, incur the costs we had to incur in clarifying our position. We had to run full page ads to tell people that the film doesn't have any controversial scenes. We had to realign our international distributors several times.

Had you budgeted for those incremental costs?

Of course not. We had no idea that on a film which had nothing controversail in it, people will get so upset. There was no way to budget for people getting offended so much.

However, the film has been a very profitable outing for both Sanjay Bhansali and Viacom18.

What was the major learning from Padmaavat?

Given the challenges the film went through you can't have any learnings from that. One can only hope that there is no opportunity to apply that learning again. If at all what was there was a vindication of our stance not to succumb, not to dilute content or dilute any kind of institutional integrity whether it's about the company internally or the institutions we dealt with. The outcome vindicates that the approach was correct. We were advised to look for mediations, settlements and so on, but we did none of it, we played with a straight bat, backed the product and did the right things.

There was lot of pressure to settle with the various parties and we refrained from all of that . We went with the institutional route once the film was censored. We went to the court, and then we mounted the film campaign the way it ought to have been done. We didn't build bridges and try to cajole people and say lets settle the matter. That's a lesson. People in the industry think that there is no way out, films are a soft target and you have to give in to the pressure. You need not and nor do you need to go there, shout and be a hero. You stick to your approach and stay on the right side of law, precedents and conventions. The situation was maddening and people could have got flustered.

Keeping controversy aside, can we talk about the business side of Padmaavat?

Its a great business case, where we have produced India's most expensive film, and we have returns which are coming through opening of new markets. It got a great response in the domestic box office and of course massive appreciation and value through broadcast and digital rights. As a business case it's been a rewarding one.

We had states which didn't play the film and the loss of revenue continues to be there. But when you look at the overseas piece and you are talking in the region of $28 million to $30 million on day and date release, that's massive money.

When you decided to produce the most expensive film, what did you do to de-risk?

There was considerable risk in account of being a high cost film. What was top of mind was to de-risk the film as much as possible. What we did is we monetised all rights prior to the release of the film and tried to cover up a substantial portion of the cost by raising revenue through sale of digital rights, broadcasting and music rights. We struck valuable partnerships with various players which allowed us to de-risk the film significantly.

What percentage of the film revenue did you already get even before the release of the film?

Before we released the film the sales of various rights had covered the cost of production. We were going to box office with our costs almost covered.

Was it easier to monetise because of,the pedigree of film-maker?

You are making the biggest film the industry has ever made, you are coming on the back of trilogy in terms of Ramleela, Baji Rao Mastani and Padmavat, all of these contributes in the way the product gets valued. That's where the quality of a studio comes in as to how well it is able to monetise its own product, how it is able to realise the best value out of each of these rights.

NaMo: Whose app is it anyway?