Harley exit can trigger a diplomatic tiff between India and US

US President Donald Trump has often cited high import duties on superbikes and its impact on Harley to brand India a "tariff king." Harley's exit will not go down well with POTUS 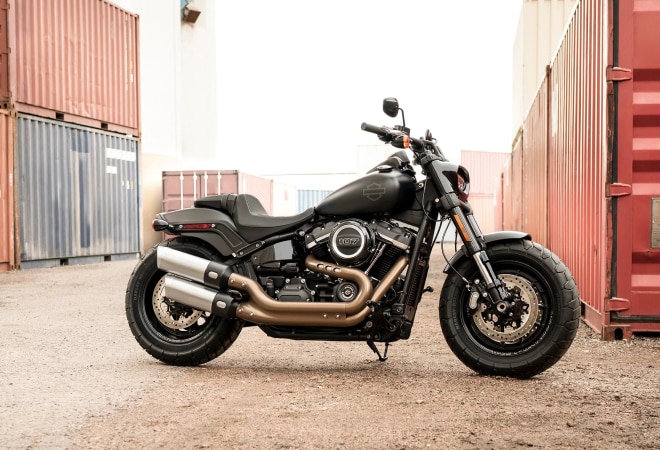 Centre says Harley Davidson has never complained about tariffs directly, but President Donald Trump keeps on bringing up the issue again and again

The exit of American cruiser bike maker Harley Davidson from India is likely to trigger a fresh standoff between India and the US, and give fresh wind to the latter's charge of high import duties impacting prospects of American automakers in the country.

The company has often found itself in the crosshairs of diplomatic ties between the two nations. The US President Donald Trump has on numerous occasions berated India for high import duties on bikes which according to him, has adversely impacted the performance of the company here.

"India is probably the nation with the highest tariffs in the world. We have to stop that. I think we are understanding each other. Harley Davidson has to pay tremendous tariffs in India. When India sends its motorcycles to the US there are absolutely no tariffs. For the most part, there are absolutely no tariffs. I just said that is unfair and we are working it out," Trump had said during his visit to India in February this year.

In dire need of a restructuring, Harley has decided to trim its global product portfolio by 30 per cent and restrict its presence only to 50-odd profitable markets. India is unlikely to be one of those markets. The company has sold less than 30,000 units in a decade here and its operations are far from profitable. Its exit is unlikely to go unnoticed, especially with elections around the corner in the US.

"President Trump is under pressure in the US and every politician likes to use a diversionary tactic to deflect attention from their failures. Harley Davidson could again provide him with one such topic," a senior commerce ministry official told Business Today. "We wont be surprised if he tweets or makes a few comments in the next few days like he has in the past. But Harley's problems are not because of our policies. Else they would not be struggling in other markets."

In over a decade, Harley Davidson has had an unremarkable stint in India so far with sales of less than 2,500 units a year that accounts for just about 1 per cent of its global tally. It mirrors the performance of compatriot General Motors (GM), which exited the Indian market in 2017 after a failed two-decade-long journey. Another US car major, Ford Motor Corporation, which is in the process of merging its India operations with homegrown Mahindra and Mahindra, is another example.

"For somebody sitting in Detroit or Milwaukee, India is a very alien market. It calls for perseverance and patience. The Americans have not really focussed on this market the way the Japanese or Koreans have," says an industry veteran who has worked with GM in the past. "I would even say they have been a bit arrogant. Products that do well in other parts of the world may not necessarily work in India."

Yet, it is the issue of tariff that attracts more attention. And it refuses to go away. Trump had first made a reference to it during his first address to the US Congress in March 2017. Then again in June 2018, he took a dig at Prime Minister Modi after India had reduced customs duty on imported motorcycles from high-end brands to 50 from 60 per cent for less than 800cc engine capacity and 75 per cent for the others. Further, the import duty on engine, gearbox, or transmission mechanism as a completely knocked down (CKD) kit in pre-assembled form of motorcycles, not mounted on a body assembly, was reduced to 25 per cent from 30 percent while the duty on import of engine, gearbox and transmission mechanism as a semi knocked-down (SKD) kit, which are not pre-assembled was hiked from 10 to 15 per cent.

"When Harley Davidson sends a motorcycle to India, as an example, they have to pay 100 per cent tax," Trump had then said, adding, "Now, the Prime Minister, who I think is a fantastic man, called me the other day and he said we are lowering it to 50 per cent. I said okay, but so far we're getting nothing. So we get nothing, he gets 50 [per cent], and they think like they're doing us a favour. That's not a favour. You know what our tax is? Nothing. So I say we should have reciprocal taxes for a case like that."

The reality however is high tariffs have not really impacted Harley that much. The company had set up a 12,000 unit per annum assembly plant in Bawal in Haryana back in 2011, its first such facility outside the US at that time, which meant most of its bikes in India are assembled here.

India charges a customs duty of 50 per cent on two wheelers that are brought into the country in completely built unit form. On top of this there is a 28 per cent GST when the bike is sold to the consumer, and an additional cess of 3 per cent, taking the total tariff on these bikes to 81 per cent. The taxation is designed to discourage companies from importing directly.

Harley imports only four of its existing 17 bike portfolio in the country in this form (CBU). These are the Road King, Street Glide Special, Road Glide Special and CVO. They are priced between Rs 25.53 lakh and Rs 50.53 lakh, and cumulatively their sales accounted for just about 50 units in 2019. At an average of Rs 35 lakh, the total import of Harley bikes last year of was barely worth Rs 17.5 crore.

"We have never heard any Harley Davidson official complain about tariffs to us directly. It is only President Trump who keeps harping about this," says a senior bureaucrat with the Ministry of Heavy Industries. "He also loves to talk about China. Maybe he should look at how General Motors is selling both its factories in India to Chinese automakers. Who knows Harley might do the same with its factory. We want them to stay but we will not beg."

Good news! 40 lakh workers to get half of 3 months salary as unemployment benefit