Not quite flawless but the Hyundai Venue raises the bar on many counts in the competitive compact SUV segment. 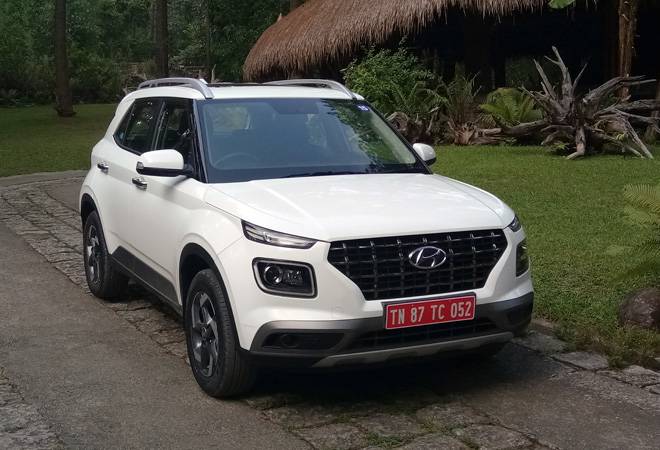 Although it has its goods and bads, Hyundai Venue is a powerful compact SUV, with aggressive pricing making it a formidable competitor in the segment. ALSO READ:Hyundai Venue prices revealed: All you need to know

It is arguably the biggest automotive launch in India this year. The Hyundai Venue, the Korean carmaker's maiden entry into the fast growing compact SUV segment, has got everybody excited. This is not a mean feat considering the doldrums the industry finds itself in today. Sales have declined for seven consecutive months now, the worst stretch in history, and the slowdown has scarred some of the recent launches. Can the Venue buck the trend? We managed to take the car out for a spin last week and here is our take on it. A looker by a mile

From whichever angle you may look at it, the Venue is a good looking vehicle that is bound to turn heads at least in the first few months of it hitting the roads. In terms of dimensions it is actually the most compact vehicle in its class and it does not betray the fact in flesh. It has a bold proportionate face replete with dark chrome finish for the grille, which thankfully is not overdone, and the unique split headlamp set up. The projector headlamp and fog lamp is housed together in a rectangular cluster that is ring fenced by the day time running lights. We first saw this kind of a set up in the Tata Harrier earlier this year and in the Venue, it gives the car a quirky and sporty look. It is a new fad in the industry and expect this design element to be repeated in quite a few vehicles going forward. With 16" tyres embellished with diamond cut alloy wheels that is again becoming ubiquitous with premium SUVs in India, the car ticks all the boxes in aesthetics. The side profile will remind you of the bigger Creta in parts while the rear tail lamp cluster that has crystal like detailing in the LEDs also attracts attention. You read it here first if it reminds you of Volkswagen in any way. 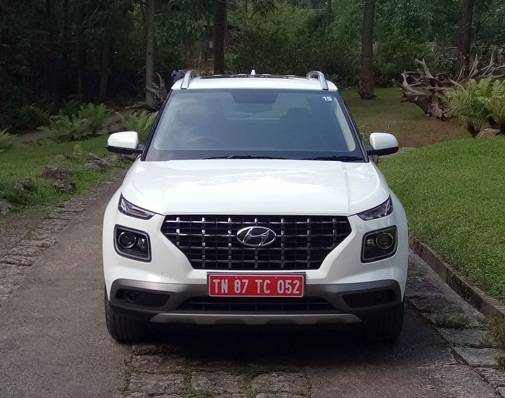 This segment has already seen some aggressive equipment loading in cars like the Nexon, which became India's first 5 star rated car, and the XUV3OO that comes with an astounding 7 airbags. Hyundai, which is renowned in this field, had its task cut out but it has delivered. The level of connectivity options in this car are one of its biggest USPs. The top variant of the car comes with  features like electric sunroof, cruise control, automatic climate control, rear air-con vents, six-speaker sound system paired with an 8-inch touchscreen that is bundled with Android Auto and Apple CarPlay. It even has an air purifier inside the cabin. The high point is Hyundai's BlueLink tech which enables one to track the car in real-time, set location-based alerts (geofence) and start/stop, lock/unlock or even set the cabin temperature of the car using an in-house access controlled smartphone app. Alternately there are also three buttons on the rear view mirror panel inside the cabin that can be used for emergency road side assistance help. Hyundai's tracking feature means its call centre can send assistance to a stranded vehicle on a real time basis. In terms of safety features on offer are dual airbags, anti-lock brakes and ISOFIX child seat mounts as standard. The top variant gets side and curtain airbags and electronic stability control, vehicle stability management and hill assist control. Advanced petrol engine is powerful without being exhilarating

All sub 4 metre cars in India are constrained by government's restriction on the size of the engine that can be plonked into them. As a result most small cars in India inadequately powered but the handicap is most felt in compact SUVs that are supposed to offer a more sporty ride. To overcome this, Hyundai has taken a leaf out of Ford's book and used a three cylinder turbocharged 1 litre petrol engine. This is over and above the 1.2 litre Kappa petrol and 1.4 litre U2 diesel engines that power a host of other Hyundai cars in India. It is the new engine mated to a 6 speed manual transmission that we laid our hands on.  The engine is well matched on paper with its direct rivals but what gives Venue the edge is its low weight that makes it a sprightly performer. With a light clutch and steering set up and tall gear ratios, the car is a breeze to drive in the city. At the same time, it indulges the driver for a reasonable amount of fun when out on the highway. Be it straight-line high speed stability or cornering capabilities, the Venue did not disappoint on any aspect. In one line, we came back impressed by its performance, ride and handling but fell just short of being overwhelmed. When the metal is floored, it flies like a bullet but not quite a rocket. Which brings us to the two sore points of the car-rear space and mileage. Venue is one of the narrowest cars in the segment which means the shoulder room for passengers at the rear seat is compromised. Given that all compact SUVs are basically based on hatchbacks, space at the backseat is at a premium for all cars in the segment. With the Venue, however, it is even more the case. While fitting in a third passenger in other cars is a squeeze, in the Venue it is akin to a punishment-you don't even get a rear head rest for the middle passenger. While the rear seats offer generous under thigh support, legroom itself is not copious. You may be particularly constrained if the passenger in front is a 6 footer. The other problem we encountered was that getting in and out of the rear seat was also not as easy as we expected it to be.

Like in the case of the turbocharged ecoboost petrol engine of the EcoSport which has gained quite a reputation for its low mileage, the 1 litre turbocharged unit of the Venue also suffers from the same fate. While the engine is revv happy and eggs the driver to red line it, the fuel economy drops the moment the car is put to a sprint. Unlike the 18.27 kpl that the company claims, the best we got on the highway was a measly 10.2 kpl. A single digit figure in stop go traffic of the cities with the air conditioner at full blast, won't come as a surprise. Which in a way is a bit tragic. 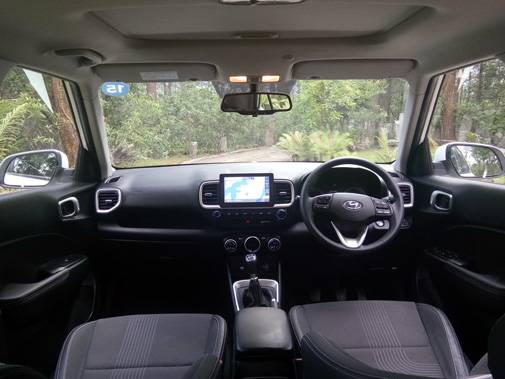 Last word: Killer pricing ensures it's a winner all the way

Of the many things that work in favour of the Venue, none works better than its killer price tag. At a starting price tag. At Rs 6.5 lakh for the base petrol variant, the car is a steal. On a like to like basis across every other variant as well, it offers a terrific package. Compact SUVs are generally bought by young urban consumers and the Venue is designed just for them. They will like the good looks of the car, the gizmos and gadgets inside and the range of smart connectivity options that are clearly not on offer on any other car in this segment. The engine is not flawless and the low mileage may put off a few from the turbocharged unit but Hyundai has covered the ground well by flanking that customer with the run off the mill 1.2 litre petrol or the hugely frugal 1.4 litre diesel engine options. There is something for everybody in the Venue and it would be tough to bet against it finding its way into your garage.