With Maruti Suzuki launching Ciaz S ahead of the launch of the 2017 Hyundai Verna is set to stir things up in the mid-size sedan segment in India. 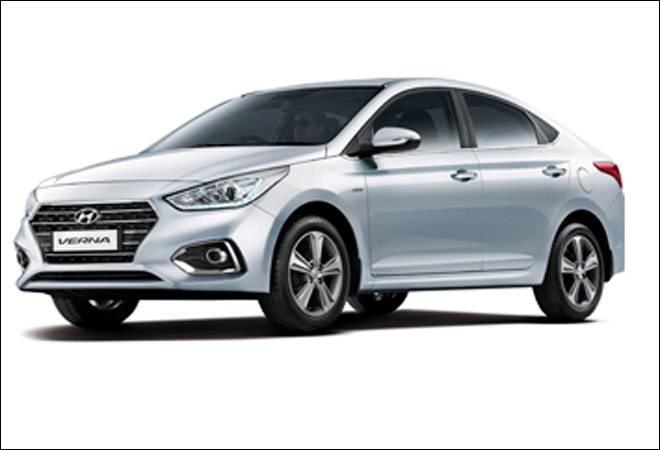 A three-way battle is brewing in the mid size sedan category in India. Ahead of the launch of the new Hyundai Verna on Tuesday next week, market leader Maruti on Thursday launched a sporty version of its current best selling sedan Ciaz .

Priced at Rs 9.39 lakh for petrol and Rs 11.55 lakh for diesel ex-showroom in Delhi, these variants would be the new top end trims of the car and around 22.5 per cent more expensive than the base variants. Maruti has added features like a spoiler pack - front, side and a rear under-body plus trunk-lid spoiler, all black interiors with grey chrome inserts over and above the features available in the existing top end Alpha variant of the car. The company claims, this variant has accounted for the majority 43 per cent sales of the car in the first quarter of this fiscal so far.

Since its launch in October 2014, Ciaz is Maruti's first sustained success in the mid size sedan category, a segment that is traditionally dominated by the likes of Honda with the City and Hyundai with its Verna. The launch of a mild hybrid version with its diesel variant a year later, which enabled the company to avail benefits of the government's subsidy on hybrid cars, gave the car a decisive edge in price over its competitors. The removal of those subsidies under the new GST regime that came into force in July 2017 has, however, reset that advantage. With hybrids not getting any preferential treatment, much to the dismay of the automotive industry at large, price of the Ciaz diesel have gone up by Rs 1.56-1.88 lakh.

As a result, sales of the Ciaz have already come under pressure. In this calendar year, City has edged closer to the Ciaz beating it in three of the last six months. In that period, Ciaz sales of 32,879 units is only marginally ahead of City's 32,624 units. In the same period last year, Ciaz had a lead of almost 2000 units over City. While, the full impact of the price increase post GST is still to play out, the entry of the new Verna next week may put added pressure on the market leader. Traditionally, Verna was the first full sized sedan to end the dominance of City in this segment back in 2011.

The re-launch of the City with a diesel engine in January 2014, followed by the Ciaz, the following year saw Verna fall by the wayside. From a high of 4500 unit per month sales between 2011 and 2013, its sales have now come down to less than a fourth of that. A mid lifecycle refresh also could not salvage it, but Hyundai would like to get back in the game. Based on a new platform, the car is the first of the eight new products the Korean firm will launch in India by 2020.

"We want to achieve brand supremacy in this segment. By Diwali, we expect to deliver the car to its first 10,000 customers. Which means we are looking at monthly volumes of 4000-4500 units every month," says Y K Koo, managing director and CEO, Hyundai Motor India.

"We like to dominate in whichever segment we are present in, and hope to do the same in this segment as well. We have done it in the past, we can do it again in future."

Relief for Jaypee homebuyers: Banruptcy law reforms now allow them to have their money back