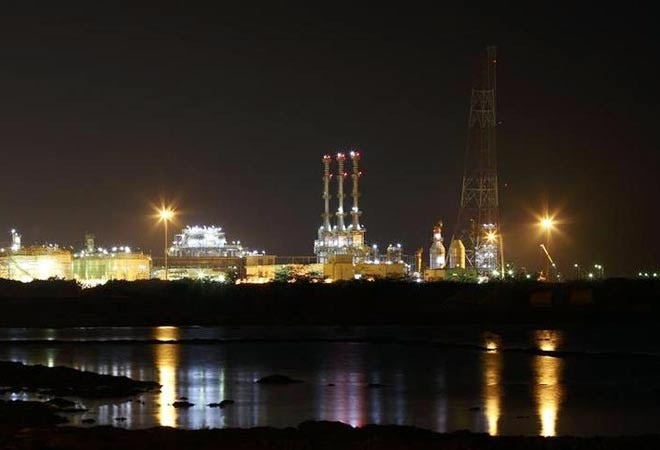 Billiionaire Mukesh Ambani-controlled Reliance Industries (RIL) has said there will be no delay in commissioning its three major hydrocarbon exploration and production (E&P) projects in Krishna Godavari (KG) D6 block along Andhra coast despite the coronavirus outbreak and the nationwide lockdown.

RIL and its joint venture partner BP Plc are investing Rs 35,000 crore to develop three fields - R Series, Satellite & MJ. The JV is slated to commence commercial production from R-Series in June this year. Satellite and MJ fields plan to start selling gas in 2021 and 2022, respectively.

However, RIL's refining and consumer business have been affected by the pandemic and fall of crude price. It has reduced the petrol and diesel production after the national lockdown and diverted the focus to petrochemicals production, sources said.

"While the COVID-19 situation has impacted our normal functioning, we currently do not envisage any delay in  completion of the KGD6 projects," RIL responded to the email from BT.

The companies expect production of one billion cubic feet (bcf) of natural gas a day from their assets when all the fields start pumping gas in full throttle.

In November, Reliance-BP had e-auctioned the natural gas that it plans to produce. About half a dozen companies participated in the e-auction for 5 million metric standard cubic metres a day (mmscmd). According to reports, Essar Steel and Gujarat State Petroleum Corporation (GSPC) won two-thirds of the natural gas and the bidders quoted 8.4-8.6 per cent of Brent crude price. The gas price will be revised every three months based on the Brent crude price movements.

Mukesh Ambani, Chairman, RIL had said at the last annual general meeting (AGM), "projects to develop these gas-fields are amongst the most complex being executed anywhere in the world."

RIL-BP received approval for developing MJ (also known as D55) field in June last year. MJ is the last of three new projects in the Block KG D6 integrated development plan. It had earlier received approval for the development of 'R-Series' deep-water gas field in June 2017 and Satellites cluster in April 2018. The three fields together have about 3 trillion cubic feet (tcf) of discovered gas reserve. India consumes over 5 bcf of natural gas a day and aspires to double gas consumption by 2022.

RIL's gas production from KG basin has been shrinking in the last decade because of geological constraints in exploration and production. BP was roped in by RIL to make use of the former's technology to revive production. RIL sold 30 per cent stake in its hydrocarbon assets to BP for over $7.2 billion in 2011.

More than a decade after being put to production, Reliance Industries shuttered its D1/D3 gas field in the KG-D6 block in February as the field ceased to produce. Touted as India's first deep-water gas field located in the Bay of Bengal, D1/D3 was put to production in April 2009. But the production started declining from 2010 due to the reservoir's complexity and sand and water ingress. Last quarter, the field produced an average of just 1.5 mmscmd. In September 2018, RIL had shuttered its only oilfield (MA field) in the D6 block due to lack of production.

With it's new investments in the R-cluster series, RIL is attempting a second try at India's hydrocarbon exploration and production sector.

10 public sector banks to merge into 4 today; all you need to know