Samsung Galaxy A80 to launch next week in India; check out specs, features

Samsung Galaxy A80 comes with a sliding and rotating camera setup, owing to which there is no notch on the front of the phone 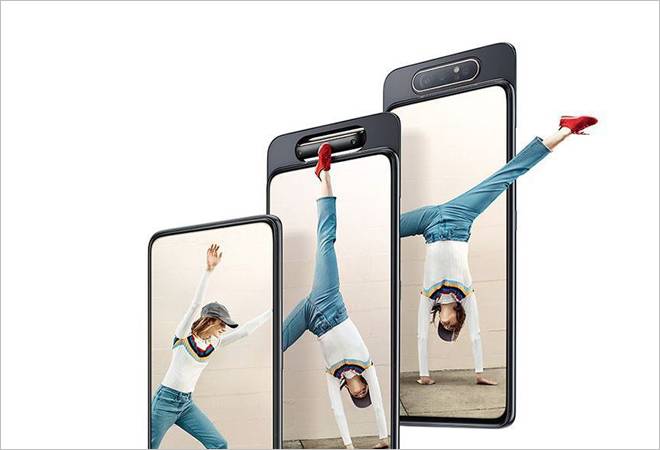 Samsung is all set to unveil its Galaxy A80 in India soon. The South Korean electronics major has already launched Galaxy A70 in India and the Galaxy A80 has been unveiled in Thailand. The company will reportedly be holding an exclusive preview of the Galaxy A80 in different Indian cities next week.

The Sammobile report says that the event will be open for all, but registrations may be needed on the Samsung Members app. Details about the venue will reportedly be shared on the app.

As far as the specifications are concerned, the Samsung Galaxy A80 has a 6.7-inch full-HD+ (1080x2400 pixels) Super AMOLED display or the "New Infinity Display". The phone comes with a sliding and rotating camera setup, owing to which there is no notch on the front of the phone. The A80 is powered by Qualcomm's brand-new Snapdragon 730G SoC, which is built on the 8nm manufacturing process. The phone also comes with an Adreno 618 GPU to take care of the graphics. The smartphone has a 3D glass back design with metal frames and comes in Ghost White, Angel Gold, and Phantom Black colours.

The Galaxy A80 comes with a rotating triple camera setup that includes a huge 48MP primary sensor, an 8-MP secondary sensor with an ultra-wide-angle f/2.2 lens, and a 3D depth camera. The camera also comes with several modes like super slow-mo, a live focus for photos as well as videos and hyperlapse. For the front camera, there is also the AR Emojis feature. For selfies, the camera rotates and flips to the front.