The growth was led largely in the mid-tier segment that has benefitted from the aggression displayed by Chinese brands in the country, including market leader Xiaomi 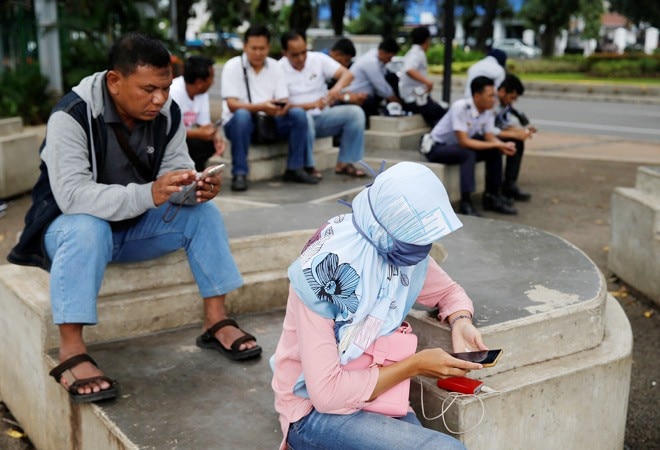 Sale of smartphones in India grew in single digits for the first time ever but the 7 per cent growth in 2019 at 158 million units was enough for it to overtake the US as the second-largest smartphone market in the world behind China.

The growth was led largely in the mid-tier segment that has benefitted from the aggression displayed by Chinese brands in the country, including market leader Xiaomi. As per the latest research done by Counterpoint, the introduction of many flagship-grade features to capture demand coming from users looking to upgrade from their first or second smartphone in addition to online channels becoming the preferred selling platforms has helped the segment duck the slowdown.

"Although the rate of growth for the smartphone market was only single digit for the first time on an annual basis, India is underpenetrated relative to many other markets; 4G penetration among subscribers being around 55 per cent," said Tarun Pathak, Associate Director. "Going forward, we expect this demand to grow further due to the ongoing transition from feature phones to smartphones and progressive diffusion of key smartphone features to the entry-level price tier as a result of hyper-competition among multiple players. We further expect brands to have multi-tier strategies involving partnerships in the mobile ecosystem from hardware, software and services, thus creating opportunities within different segments like entertainment, gaming, financial services and more."

"Chinese brands' share hit a record 72 per cent for 2019 compared to 60 per cent a year ago. During 2019 we have seen all major Chinese players expanding their footprint in offline and online channels to gain market share. For example, Xiaomi, Realme, and OnePlus increased their offline points of sale, while brands like Vivo have expanded their online reach with Z and U series," said Anshika Jain, Research Analyst at Counterpoint Research. "Over the past four years, Xiaomi, Vivo, and OnePlus have grown 15x, 24x, and 18x respectively. This highlights that OEMs are mature enough to capture the next wave of growth and further expand their operations in India."

The surge of the Chinese brands has been bad news for Korean electronics giant Samsung. Despite a host of new product launches, the company saw a 5 per cent decline in shipments in 2019 over 2018 and a near flat sales in the Q4. After losing its top spot to Xiaomi two years back, it also lost the number 2 position in the last quarter to Vivo. The Chinese brand registered a steep increase in market share in the fourth quarter of 2019 at 21 per cent over just 10 per cent in 2018. Samsung saw its share slide from 20 to 19 per cent in the three-month period.

Unlike smartphones, the feature phone market saw a steep decline of around 42 per cent for the year in 2019 and 38 per cent for the last quarter over 2018. Counterpoint said it was largely due to a slowdown in new shipments from Reliance Jio.