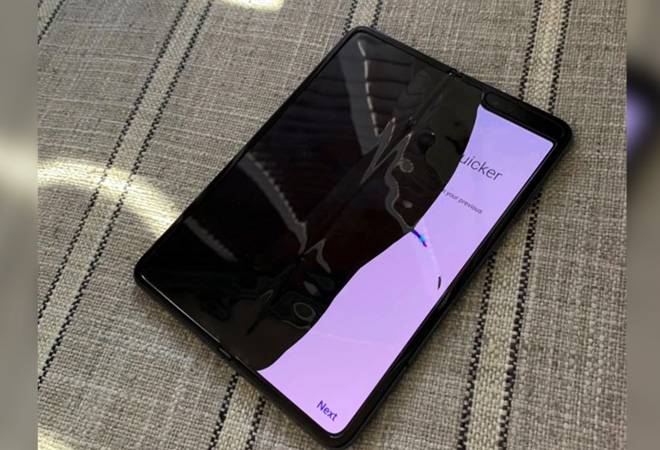 Samsung Galaxy Fold has joined the list of tech devices that are marked in the file 'nice ideas that failed'. Samsung has pushed back the retail launch of the phone by at least a month after the preview units of Galaxy Fold started breaking for some users after a day or two of use. The promise of 200,000 folds or five years of usage didn't last too long it seems! Samsung has launched its own investigation into the fiasco, however, a tear down by iFixit has revealed some glaring faults in the device that might have led to the breaking of the Fold.

According to iFixit, the phone is "alarmingly fragile". It also added that the mechanics involved in the Fold are likely to wear over time, causing stress to hinges and display. "The phone ships un-folded - but fold it even once, and that crease becomes pretty easy to spot if you're looking," the teardown noted.

Besides the folding mechanism, there is also no ingress protection on the Galaxy Fold and small dirt particles can easily slip inside. The particles can also easily get stuck between the hinge and the plastic OLED screen.

It must also be recalled that the Galaxy Fold's screen broke after some users tried to peel the protective covering off the screen. "In all known cases, removing this layer kills the display," the iFixit said. "The display could technically function without the layer, but it is so tightly adhered and the display is so fragile that it's difficult to remove without applying display-breaking pressure."

Samsung confirmed last week that the layer was meant to stay on and that it will find ways to better protect the screens and explain to people that the outside protective layer must stay on.

"While many reviewers shared with us the vast potential they see, some also showed us how the device needs further improvements that could ensure the best possible user experience," the company statement said. "To fully evaluate this feedback and run further internal tests, we have decided to delay the release of the Galaxy Fold."

Galaxy Fold also didn't fare well on iFixit's reparability scale. It got two out of 10, with 10 being the easiest to repair.