Sometimes, SocialRadar identifies the locations of friends and family based on geographic information posted on a social network, such as a check-in from a San Francisco bar. Those friends and relatives don't have to be SocialRadar users. 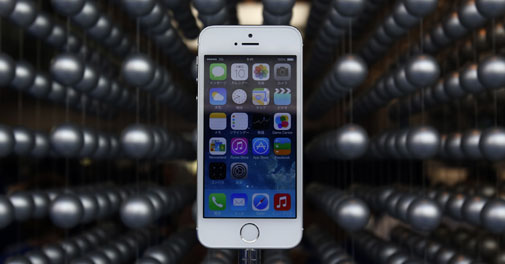 SocialRadar is a new mobile application that could become a cool way to find nearby friends and discover other interesting people living or working in the same neighborhood. Or it could just end up being another creepy example of how digital devices are making it easier for our whereabouts to be tracked by just about anyone, including strangers.

Here's how SocialRadar works: After receiving permission to tap into your existing connections on Facebook and other online networks, the app plots the locations of friends and family members, as well as SocialRadar users you don't know. You can choose how far you want SocialRadar to look, from several hundred feet to around the whole world.

Sometimes, SocialRadar identifies the locations of friends and family based on geographic information posted on a social network, such as a check-in from a San Francisco bar. Those friends and relatives don't have to be SocialRadar users.

More often, SocialRadar simply keeps tabs on other SocialRadar users based on their iPhone's location, as long as their privacy settings allow the surveillance. This means SocialRadar users also will see the locations of complete strangers who also have installed the app.

It's still too early to conclude whether SocialRadar will emerge as a friendship magnet or a stalker's best friend. So far, the iPhone app has been downloaded by fewer than 100,000 users since its release in late January. Other versions of SocialRadar are in the works, including an app tailored for Google Glass, an Internet-connected headset that perches a thumbnail-sized display screen above the user's right eye. Besides Facebook , SocialRadar also pulls information from Twitter, Foursquare, Instagram, LinkedIn and Google Plus.

SocialRadar is run by Michael Chasen, who founded education software maker Blackboard and sold the company for $1.6 billion in 2011 to Providence Equity Partners. So far, Chasen has raised nearly $13 million from venture capitalists and other early investors backing SocialRadar's attempt to make it easier to set up lunch or an impromptu meeting with a friend who just happens to be a few blocks away.

"I think people will be surprised to find out how much serendipity they have been missing in their lives until they use this app," Chasen said.

SocialRadar also provides insights into other SocialRadar users you don't know. In theory, this is supposed to make it easier to strike up new friendships when you spot people near your office or home who share your tastes or may have attended the same college.

By introducing strangers with common interests, SocialRadar eventually hopes to morph into its own social network, so it won't have to rely so heavily on the connections already made in other online services.

To its credit, SocialRadar provides easily accessible settings to restrict who can see your whereabouts and peruse your profile. A scrolling dashboard at the top of the home screen makes it easy to toggle from a "public" setting that makes you visible to anyone on the app to "friends only" or even to "anonymous" or "invisible." SocialRadar's profile settings also enable users to conceal their ages and other personal details.

Managing these privacy controls seems particularly important for the minors who are allowed to use SocialRadar. Like Facebook, SocialRadar is available to anyone 13 and older. Like most parents, I worry that many teens won't fully understand the importance of limiting when and where their locations can be tracked.

Mostly out of curiosity about what might happen, I have been allowing my whereabouts to be constantly seen on SocialRadar. But the app hasn't opened any new doors yet.

Perhaps that will change if SocialRadar catches on with more people. For now, though, I am mostly seeing the locations of a lot of strangers who seem to have little in common with me.

At one point, I started to feel like a stalker. I decided it was time to turn my phone off.

Why messaging apps could pose a threat to Apple, Google