Apple iPhone 11 Pro review: First time buyers must go for it; iPhone XS users may give it a miss

In the new iPhone, Apple has used A13 bionic chip with neural engine that handles everything from video and image editing to gaming flawlessly 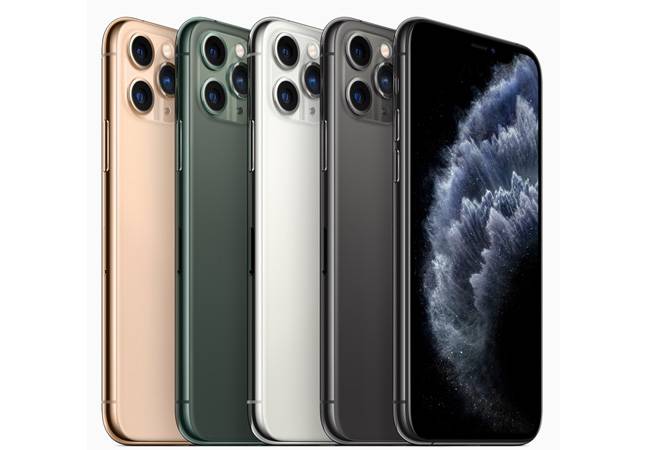 Amid the overcrowded Android smarthphone space across the price spectrum, the annual launch of new iPhones each year is followed by most with high expectations. The recently launched iPhone 11 Pro does not disappoint. While it has a similar design language as of the previous generation iPhone XS, a lot has changed under the hood. The new iPhone has an improved display, new camera module, better battery and next-gen processor. Let's dive in its features and specifications to decide if iPhone 11 Pro is worth buying:

This is for the third year in a row that Apple has not changed the size and basic design of the new iPhone. The iPhone 11 Pro looks similar to the last year's iPhone XS and two-year old iPhone X. It has a 5.8-inch display with a wide notch at the top. No, Apple has not experimented with a tear-drop notch or pop-up selfie camera. The reason being it is not just a selfie camera that it houses but also the TrueDetph camera that uses multiple sensors powered by secure FaceID. The face unlock on Apple iPhones is far secure compared to the ones available on other smartphones. The big notch is unlikely to bother users. Adding a tempered glass or a screen protector will be a good idea as the display attracts scratches easily.

The rear, however, is a completely new story. The glossy finish has been replaced with a new frosted matte finish, which gives it a premium touch. While the rear does not attract fingerprints, it feels slippery to hold. The triple camera lens setup at the top left rear is slightly elevated and is not aesthetically pleasing, but the imaging proficiency is outstanding. With IP68 certification, it has better water resistance. It can withstand water up to a maximum depth of 4 meters for up to 30 minutes. Lastly, while most smartphones are too big and uncomfortable to manoeuvre with one hand, the iPhone 11 Pro continues to be just perfect for single-hand use.

The brightness of the 5.8-inch OLED screen has been tweaked. The difference can be felt under bright sunlight. Calling it the new Super Retina XDR display, Apple claims it to be brighter, smarter and up to 15 per cent more power efficient. As each pixel emits its own light, the display can turn off individual pixels to produce true blacks. Apple has also worked on the communication between the display driver and the display. It has used a more efficient OLED material and optimised the panel design for better brightness. Overall, the display feels super-bright, and reproduces sharp and natural-looking colours. While watching videos, the display intelligently illuminates bright pixels, while the rest stays deep black. Apple's True Tone display that matches the white balance of the room is a popular feature present in this iPhone but I kept it disabled.

Apple is not the first company to have a dual-camera module but it did popularise the concept with the iPhone 7 Plus. It is also not the first one to boost a triple camera module in a smartphone. But, the lenses along with the implementation capture stunning photos and videos. The camera setup comprises a wide, ultra-wide and a telephoto lens that uses a 12MP sensor.

The camera app has been revamped to utilise the power of three cameras. The camera user interface makes it simple to quickly understand what extra an ultra-wide lens will capture over a wide lens (a slightly faded frame appeared outside the viewfinder) or a wide lens can capture over the telephoto lens and quickly switch to one. Using smart HDR along with machine learning, the iPhone 11 Pro captures sharp, detailed and natural-looking images. The new addition to portrait mode, high-key light mono, is a monochrome image, which clicks subject against the white background. The existing Stage Light Mono effect was not of much use but this one captures pretty good studio-like photos.

Unlike most smartphones, the best part about night mode on the new iPhone is that it automatically kicks in. A yellow indicator illuminates at the top right displaying the exposure time (it is usually between 1-3 seconds) it would require capturing an image. I was able to turn on/off the night mode as well as adjust the exposure time. The results were largely impressive as there was little noise and there are details even when zoomed in the image. With the new iPhone 11 Pro, Apple has addressed the popular complaint of having average low-light photography feature.

Apple has made some tweaks in the camera app making it intuitive to use. Pressing the shutter button while capturing images starts video recording and swiping your finger towards the left is how to capture burst photos. Even the 12MP front camera captures good selfies (without artificial beautification) and can be used for group selfies. The front camera automatically zooms out resulting in capturing a wider area when rotated to a vertical position or clicked on the zoom-out option in the photo mode.

iPhones have been a few steps ahead when it comes to capturing videos and the iPhone 11 Pro takes it a few notches higher. Be it capturing a zoomed-in video using the telephoto lens, a regular frame with a wide-angle lens or an ultra-wide one using the ultra-wide lens, all three cameras can record video at 4K resolution at 30 fps, turned on by default. I was able to switch between the three smoothly while capturing videos. The video shots were impressive, that is, stable with great sound.

iPhones are not part of Snapdragon processor race and are powered by Apple's Chipsets, which are powerful for handling iOS operating system. In the new iPhone, Apple has used A13 bionic chip with neural engine that handles everything from video and image editing to gaming flawlessly. This is coupled with the all-new iOS 13, which has introduced some new features such as system-wide dark mode and support for more Indian languages. It also brings in changes to the Photos app that makes it easy to browse through your years old images synchronised with the iCloud account. Even the photo editing tools are better. Swipe keyboards have been popular on Android platform for long and the swipe-to-type feature introduced with iOS 13 works well.

The phone used to heat a lot while playing Apple Arcade games. However, the regular software updates seem to have fixed the heating issue. Apple has been aggressively releasing software updates to fix iOS 13 and enhance the iPhone's performance. Be it playing heavy graphic games, streaming content, editing images and videos or working on documentation, the iPhone 11 Pro handles everything smoothly without any signs of the device slowing down.

The iPhone 11 Pro comes with a Type-C to Lightning cable and a new 18W adapter. This new cable can be used to charge the iPhone from the new MacBooks also. Also, when plugged to charge, it went from 0 to 50 per cent in 30 minutes. A single charge lasted me a day despite heavy usage - a couple of hours of imaging and video capturing, gaming, emails, social networking and more - with 30 per cent charging still left. Wireless charging continues to be slow. It still does not support reverse wireless charging (a common feature on flagship Android devices).

The iPhone 11 Pro is the best from Apple's stable with the best camera phone in the market. If you are a first time iPhone buyer with this kind of a budget, the 11 Pro is worth it. It is a no-brainer for people having old iPhones to invest in this one. The camera will be a big deal even for those who own iPhone XS, but they can still give it a miss and upgrade the device next year. Unlike the US, Apple does not offer 'trade-in' in India that can make it easier to upgrade to the next iPhone. Apple is offering a trade-in of up to $500 for iPhone XS. However, you can get close to Rs 55,000 for iPhone XS 64 GB variant on Cashify. As there has not been a significant drop in iPhone XS pricing, you can very well receive Rs 50,000-60,000 for the device via offline channels.

Also Read: Oppo Reno Ace with superior display, 65W fast charging to launch on Oct 10: All you need to know