Smart Android TV OS along with the ability to connect a pendrive and a speaker via 3.5mm jack, makes the Mi Box 4k a great streaming device. It even scores above the Fire TV Stick and Chromecast in some areas 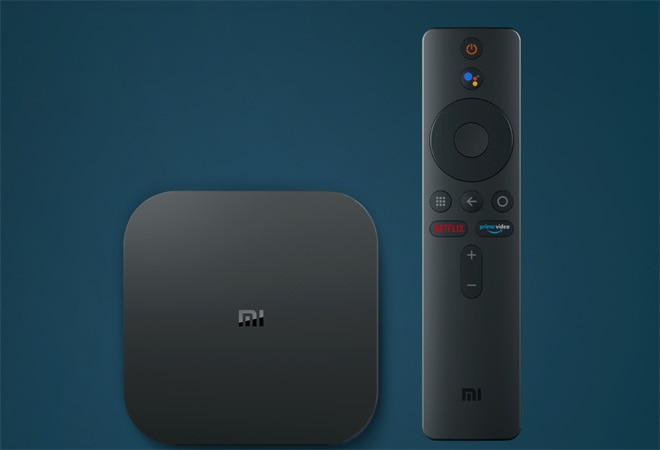 Why buy a smart TV when you can upgrade your existing flat panel TV into the one? Streaming devices are an affordable alternative to upgrade and access your favourite apps on your non-smart TVs. Dominated by Amazon Fire TV stick and Google Chromecast dongles, Xiaomi too has launched streaming devices. Although a little late in the market, it not just brings the Android TV interface but also allows to play content from the pendrive.

The Mi Box 4k is a small squarish device that connects to the TV using an HDMI cable (bundled in the box). Frankly, it is smaller than most of the DTH (Tata Sky, Airtel Digital TV) boxes. That said, the design is somewhat inspired by the Apple TV with a much smaller footprint. There is a small LED at the front and multiple ports including power, HDMI, USB 2.0 and 3.5mm at the rear. The box is accompanied by a remote, which looks similar to the ones that accompany Mi Android TVs.

Setting up the Mi Box is a child's play. All I had to do was follow the instructions, which include pairing the remote by bringing it closer to the box, connecting it to the internet and signing into the Google account. Once the setup is complete, I was able to stream content from YouTube or download compatible apps from the Play Store. Few apps including Netflix, Prime Video, YouTube, Google Play Movies & TV, Google Play Store, Google Play Music, Google Play Games, come preinstalled on the box. Rest of the apps including Hotstar, Eros, alt Balaji, Hungama, and many more can be downloaded from the Play Store. As I have already subscribed to many of these services, all I had to do was log in using my account. However, for someone new to streaming and OTT world, most of these apps would require you to create an account and subscribe to the service. Subscriptions could vary from as little as Rs 99 per month to Rs 899 per month, and you can choose between monthly and annual plans too. The Mi Box supports an array of resolutions starting from 480p-60hz to up to 4k2k-60z. There is also a feature to automatically switch to recommended TV resolution. Streaming content with an old flat panel TV, an HD or even a 4k TV works.

Navigating through Mi Box 4k is easy. There are dedicated rows - one for apps, followed by YouTube and other apps. Voice search comes handy for browsing content. Just long-press the voice button on the remote and tell the box what you wish to search for. As Android TV OS comes with built-in Chromecast, it also supports wireless screen mirroring. The USB port at the rear can be used for playing from the pendrive. But it requires an app that can be easily downloaded from the Play Store. This may come handy in streaming your personal content - I enjoyed watching my trip images and videos. The headphone jack can be used for connecting a headphone or a speaker.

Smart Android TV OS along with the ability to connect a pendrive and a speaker via 3.5mm jack, makes the Mi Box 4k a great streaming device. It even scores above the Fire TV Stick and Chromecast in some areas.