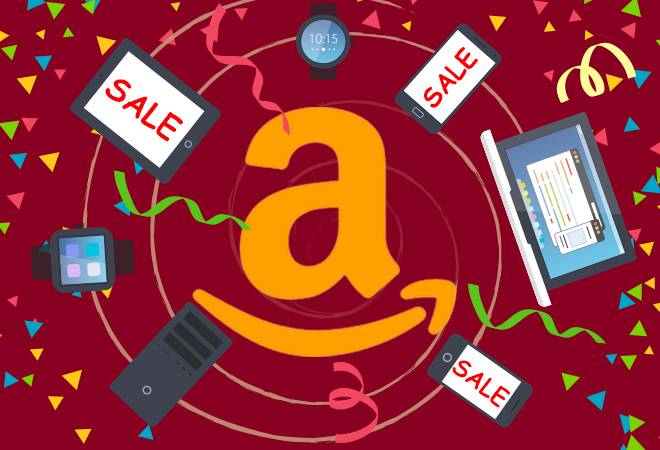 Amazon is hosting Fab Phones Fest sale starting today, June 10 to June 13. During the sale period buyers can get discounts on flagship devices like iPhone X, iPhone XR, Samsung Galaxy S10 and OnePlus 6T. The sale is also applicable on budget smartphones like Xiaomi MiA2, Redmi 6A, Samsung Galaxy M30, Vivo V15 Pro etc. Among all the phones on sale, the best pick is the OnePlus' OnePlus 6T smartphone. The phone is available at its lowest price ever at Rs 27,999. The discount on the phones is applicable on the Amazon India site during the Amazon Fab Fest sale only.

Take a look at top five best offers available on smartphones during the Fab Phones Fest sale on Amazon.

OnePlus 6T: The Mirror Black, 8GB RAM, 128GB storage model of OnePlus 6T is available at its lowest price of Rs 27,999 during the Amazon Fab Phones Fest sale. The phone was originally priced at Rs 41,999. The 8GB RAM and 256GB storage model of the OnePlus 6T is selling for Rs 31,999. The McLaren Edition of OnePlus 6T with 10GB RAM and 256GB storage can be bought for Rs 41,999. OnePlus 6T is powered by Snapdragon 845 SoC and features a 6.41-inch full-HD+ AMOLED display with a 19.5:9 aspect ratio. The phone also features an in-display fingerprint sensor, and it runs on Android Pie.

Samsung Galaxy S10: The recently released Samsung flagship, Galaxy S10 is a great buy at Rs 61,900. Amazon is also offering Rs 6,000 off on exchange during the Fab Phones Fest sale.

Xiaomi MiA2: The second Android One devices running on Xiaomi phone is now selling for starting price of Rs 10,999 for the 64GB storage variant. The 128GB storage model of the phone sells for Rs 15,999.

Other phones that are available on discount during the Fab Phones Fest sale on Amazon are Redmi 6A, Samsung Galaxy M30,Samsung Galaxy A50, Nokia 8.1, Honor 10 Lite, Honor View 20 and Huawei Y9.