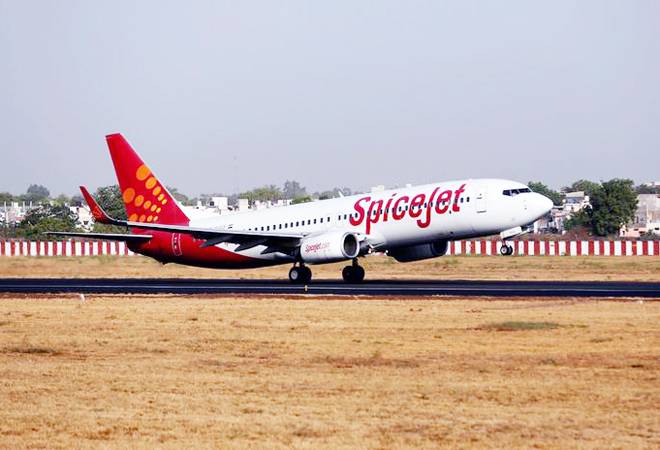 SpiceJet's Boeing 737 MAX plane from Hong Kong suffered a mid-air engine problem Sunday, forcing the aircraft to make emergency landing in Varanasi, according to an official.

The plane was flying to Delhi from Hong Kong.

The incident comes close on the heels of another incident where a Pratt &Whitney engine of an IndiGo A320 neo plane stopped working mid-air when the aircraft was on its way to Kolkata from Chennai.

A senior official of the Director General of Civil Aviation said the Boeing 737 MAX aircraft faced an engine issue and made an emergency landing.

When contacted, a SpiceJet spokesperson said the plane landed safely in Varanasi and passengers were deplaned normally.

Flight SG-32 was diverted to Varanasi after the pilots noticed low fuel supply in no. 1 engine, he said.

"On inspection, a fuel control valve (a minor component) was found to have malfunctioned and is being replaced," the spokesperson added.

There have been issues with Boeing 737 MAX planes, which are currently flown by SpiceJet and Jet Airways.

If Modi govt asks banks to provide crop loans, how will it find money for cash transfers, asks P Chidambaram