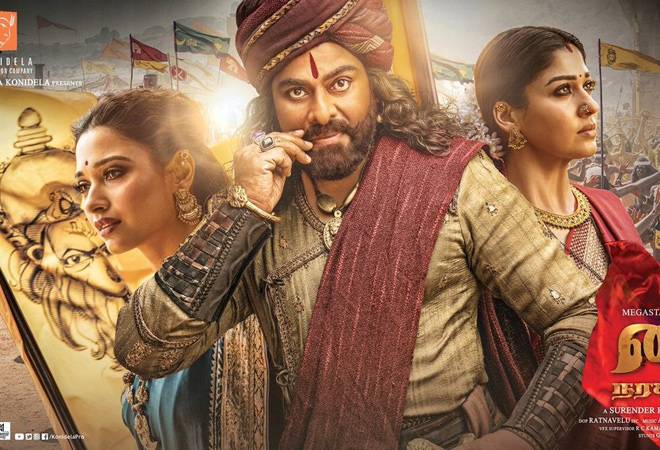 The multilingual film, released in Telugu, Tamil, Hindi and Malayalam, has witnessed outstanding box office growth in Andhra or Nizam circuits. Helmed by Surendra Reddy, Sye raa Narasimha Reddy, collected Rs 3.2 crore on Sunday in the Southern box office market. However, the film continued to witness a decline in its collections in Tamil Nadu and Kerala.

But Sye Raa Narasimha Reddy is practically done and dusted in the Hindi belt due to Hrithik Roshan and Tiger Shroff blockbuster film War. War, in the domestic market alone, has raked in over Rs 250 crore. Further, with the release of Priyanka Chopra and Frahan Akhtar starrer The Sky is Pink, Sye Raa's Hindi version is set to disappear at the Hindi box office by this week.

The 170-minute long film, Sye Raa Narasimha Reddy, tells the story of a freedom fighter from Rayalaseema, Uyyalawada Narasimha Reddy. He was a hero from Kurnool, who revolted against the British rule in 1846.