Tanhaji-The Unsung warrior Box office latest: The Ajay Devgn-starrer Tanhaji is only next to the South blockbuster film Bahubali 2 in terms of its collections and footfall. Here's for more 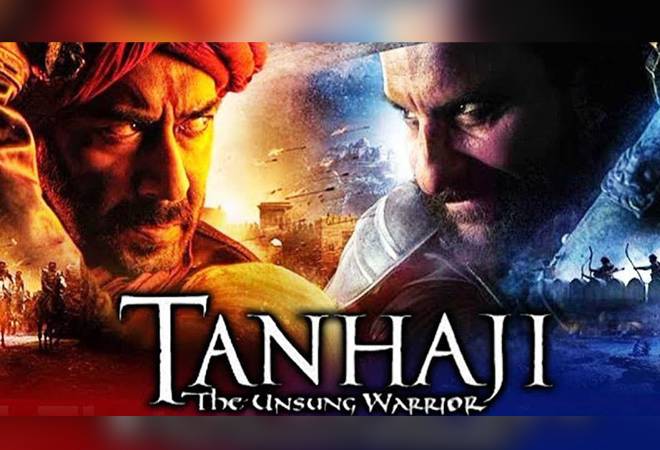 The Ajay Devgn starrer Tanhaji-The Unsung Warrior is set to breach the Rs 250-crore mark. The Ajay Devgn-Kajol film has raked in a total of Rs 245.12 crore so far.

According to trade analyst Taran Adarsh, the epic drama based on the capturing of the Kondhana fort earned Rs 2.77 crore on Friday and Rs 4.48 crore on Saturday at the ticket window.

Film critic and trade analyst Sumit Kadel also took to Twitter to state that Tanhaji was one of the biggest blockbusters both in terms of collection and footfall. Kadel also went onto say that the Ajay Devgn-Kajol film is only next to the South blockbuster film Bahubali 2.

#Tanhaji crossed ₹ 250 cr nett mark at the domestic BOX OFFICE. Film is one of the biggest BLOCKBUSTER of hindi cinema both collection & footfalls wise. Film 4th weekend collection is HIGHEST of all time for a hindi film & its only next to #Bahubali2#TanhajiTheUnsungWarrior

Adarsh also stated in one of his tweets that Tanhaji is set to emerge as the highest-grossing Hindi film of January 2020. It has already left the Vicky Kaushal-starrer war film Uri: The Surgical Strike far behind in terms of box office collections. Tanhaji has reportedly left the Shahid Kapoor starrer Kabir Singh behind as well. The business of the Devgn-starrer historical remained unaffected even when the protests against CAA-NRC were at their peak.

Tanhaji was released on January 10. The film stars Ajay Devgn, Kajol, Saif Ali Khan, Sharad Kelkar, Luke Kenny and Devdutta Nage in significant roles. This historical drama film directed by Om Raut is based on the 17th-century battle to capture the Kondhana fort and Subedar Tanhaji's ultimate sacrifice during this battle.