Alia Bhatt's Sadak 2: Vishva Hindu Parishad (VHP) has accused the film of hurting the sentiments of Hindus. The trailer shows an ascetic clad in black, and who appears to be the negative character in the plot 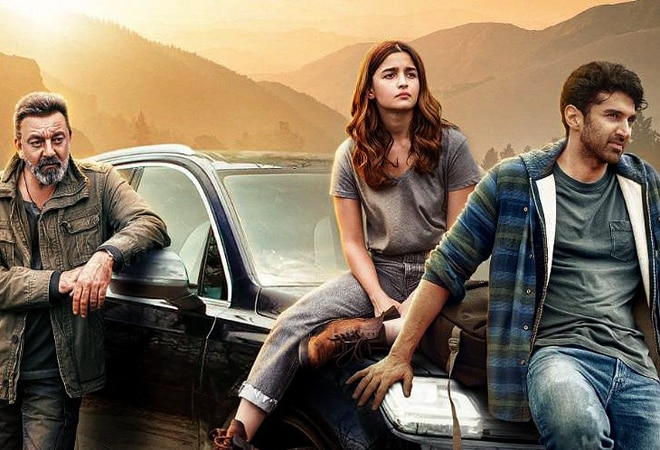 Alia Bhatt's latest release could not have seen a worse start. The film, also starring Sanjay Dutt and Aditya Roy Kapur has been panned by netizens upon the release of its trailer. Sadak 2 trailer on YouTube has 8.2 million dislikes so far -- making it one of the most disliked trailers. In contrast, the Sadak 2 trailer has only 451K likes. But when it comes to box office, do dislikes on the trailer make any difference? It definitely does when the movie is scheduled to release online and not in theatres.

Alia Bhatt-starrer Sadak 2 faced the first setback when lead star Sanjay Dutt revealed on social media that he has been diagnosed with stage 3 lung cancer. The actor, who was part of the original Sadak by Mahesh Bhatt, said that he would take a break from work for his treatment. The 61-year-old will be soon flying to the US for his treatment.

The trailer of Sadak 2 fuelled the nepotism debate once again -- although, to be fair, it had not died down. Fans of late actor Sushant Singh Rajput believe that he was ostracised by the film industry and mostly, the "insiders". Alia Bhatt who enjoys a position of privilege in the film industry is considered to be one of the "insiders". Bhatt is the daughter of renowned filmmaker Mahesh Bhatt and actress Soni Razdan. She is also the sister of actor-filmmaker Pooja Bhatt. She is also seen as a protege of filmmaker Karan Johar, who was at the eye of the storm when actress Kangana Ranaut alleged him of nepotism. Sadak 2 also stars Aditya Roy Kapur, brother of producer Siddharth Roy Kapur, MD and founder of Roy Kapur films.

Also read: Sadak 2 emerges as most disliked trailer on YouTube with 6.6 million thumbs down

To add to that, the Vishva Hindu Parishad (VHP) has accused the film of hurting the sentiments of Hindus. The trailer shows an ascetic clad in black, and who appears to be the negative character in the plot. VHP spokesman Vijay Shankar Tiwari said that the film hurts Hindu sentiments and is full of products of nepotism. He urged the Centre to take action.

In yet another setback, music producer Shezan Saleem accused the makers of plagiarism. He said the song Ishq Kamaal was copied from his 2011 song Rabba Ho, produced in Pakistan. Pooja Bhatt said that the song gave a chance to "new talent" from Chandigarh who approached them for the song. "I could have never made it into the industry without Bhatt Sahab for whom talent was the only thing to care about instead of any background. This is how he has been giving opportunities to the new talents in the industry. My heartfelt gratitude to Mahesh Bhatt and Pooja Bhatt," said musician Sunijeet.

"Today as we begin the last leg of our journey. I feel unshackled! I carry no burden, no weight. No reputation to hold on to. No mission to accomplish. Nothing to prove to anyone. If the film works it belongs to all of you. If it does not, it's mine," Mahesh Bhatt had said ahead of the trailer release.

Just before the release of the Sadak 2 trailer, Jahnvi Kapoor-starrer Gunjan Saxena: The Kargil Girl also received backlash over the nepotism debate. The film was released on Netflix on August 12.

Sadak 2 emerges as most disliked trailer on YouTube with 6.6 million thumbs down