'Saathiya', located in the capital city Kyiv, has been providing food and shelter to many Ukrainians.

Ever since the Russian invasion of Ukraine has thrown normalcy out of the window Indian restaurant Saathiya, located in the capital city Kyiv, has been providing food and shelter to many Ukrainians. Dozens of children, older locals, homeless people, students and pregnant women have been housed at this restaurant.

Owner of the restaurant – Manish Dave—has provided food and shelter to over 132 people so far. Dave, who came from Vadodara to Kyiv in 2021, opened this restaurant in 2021 for Indian students in the country.

This restaurant opened in January and is located near an international students’ hostel of the Bogomelets National Medical University. Dave told the Washington Post, “Everything was going nicely. Suddenly, all these things happened here. There was fire, blasts, bombs. It has been very scary. People are scared.”

He thought of opening his restaurant for civilians after a series of explosions. Dave noted, “A basement is a safe place. The place is so big, and I should help.” 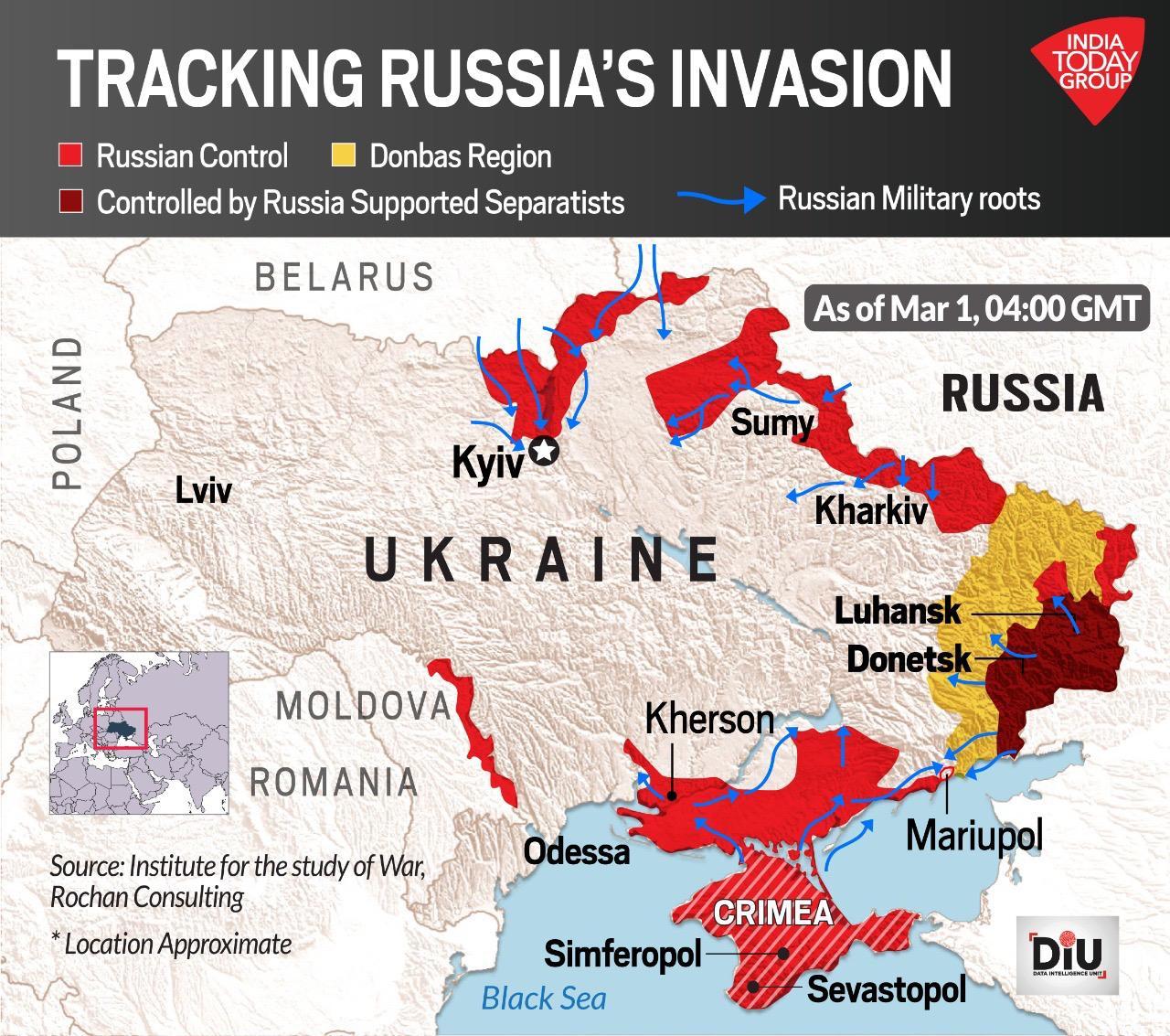 Initially, he reached out to students, who comprise a majority of his customer base, and then he asked people in need of shelter and/or food to contact him on social media. He posted, “If you don’t have any proper safe place to stay during this time, please go here.”

He also shared the address of his restaurant and further wrote, “We will try our best to arrange free food and stay according to our capacity. Stand united with Ukraine.”

He added that they don’t take any money from the people who have taken shelter in his restaurant. Instead of this, he asks them to help with groceries.

Dave added, “We are like one family. We all contribute things, not money. People are donating rice, food and vegetables. We are all contributing and sharing.”

Natali Antontseva, a Ukrainian national who took shelter in the restaurant talked at length about her experience. She said that despite not much space, doors were open for everyone and we were offered hot tea and dinner. Antontseva added that she is happy for her pregnant friends who could sleep on a couch instead of a cold floor.

She said, “I can’t express how happy we were when we entered a clean, warm room, with a pleasant smell of Indian spaces. Despite the fact that there was not much space, doors were opened for everyone. They offered us some hot tea and dinner. I was also happy for my pregnant friend who could sleep on a small couch instead of a cold floor of the basement we were in before.”

He also noted that his family back in India is worried and that he hopes to stay in Ukraine for now. He, however, has plans to leave Ukraine if the crisis worsens. In such an event, Dave plans to hand over the keys to people taking shelter in the restaurant.

Also read: What is Operation Ganga; all about the Ukraine evacuation mission

Also read: Here’s why Russian cyberattacks in Ukraine have proven to be ineffective