Your data - good or bad, structured or unstructured, matched or unmatched or reconciled - will drive your tax destiny, while the government uses the data to create a virtual profile or 'virtual kundli' of your business. 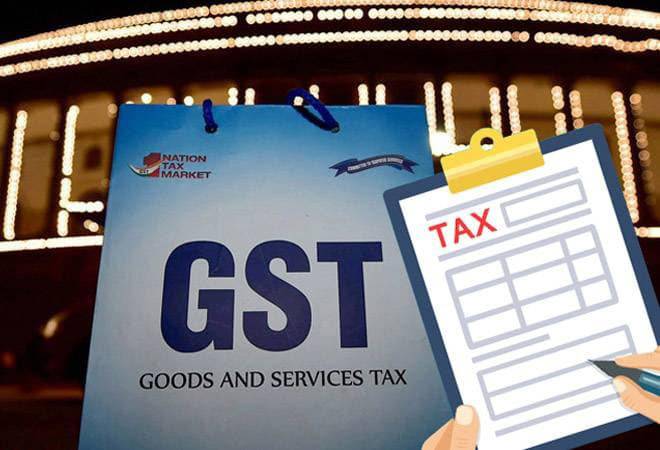 Globally, it is quite common to share data between various countries to ensure taxes are not evaded by taxpayers in their home jurisdiction by stashing money in offshore tax haven accounts.

To achieve the objective of one-nation, one-tax, the government had implemented the Goods and Services Tax (GST) two years ago with the prime purpose to simplify the hitherto complex indirect tax system and to avoid the cascading effect of one indirect tax on another.

There was also a strategic reason to introduce the GST i.e. to increase the transparency and check tax evasion, not only for indirect taxes but also for direct taxes. Globally, it is quite common to share data between various countries to ensure taxes are not evaded by taxpayers in their home jurisdiction by stashing money in offshore tax haven accounts.

The UK introduced rules requiring world tax authorities to share information about their non-resident citizens to avoid tax evasion. Singapore has also permitted data sharing among its public sector agencies to guarantee an easier life to its residents. The Indian government is gradually moving in this direction of sharing data with different tax jurisdictions within the country.

The concept of transaction-level reporting of all transactions between two GST-registered parties ensured that the government has all the data it needs to assess 'who does what'. On top of it, the reconciliation of purchase register with the corresponding sales reported by vendors ensures that each transaction has its second leg mapped and reconciled.

The next phase was marked with the requirement of e-waybills - a mandatory document for transportation of goods of value beyond the threshold. Mapping and reconciliation of information furnished by taxpayers for the generation of e-way bills, with GST returns and also with the database of Vahan - vehicle registration database of the Ministry of Road Transport and Highways - has helped the government and tax authorities detect tax evasion on a massive scale.

Perhaps this is just the beginning as the government strives to identify areas of tax evasion and to detect evaders. While the previous phases only covered the information collected through indirect tax filings, detection of evasion will be incomplete unless the data obtained from all data points in all the government filings is mapped, reconciled and correlated.

Obtaining relevant information from income tax filings will be the easiest and most efficient manner of obtaining additional information. Accordingly, the government modified the format of the income tax returns to include reporting of GST-related details such as the total value of outward supplies, details of tax liability, tax discharged in cash along with information relating to the input tax credit availed as well as utilised.

Also read: Budget 2019: Challenge for the government to meet fiscal deficit target of 3.4%

While the forms earlier also required the details of indirect taxes, the nature of details sought after the introduction of GST has increased substantially.

Additionally, the returns also entail reporting of information pertaining to any impending refund receivable as well as unpaid tax liability payable as on March 31. In addition, from the assessment year 2019-20, furnishing of registration-wise GST details of outward supply has been made mandatory in the income tax returns, with an obvious purpose of mapping it with the GST returns.

In the last financial year, the government also tried to obtain additional information related to GST in the tax audit report in Form 3CD. However, due to strong protest by the industry and the tax professionals, submission of these requirements has been kept in abeyance till March 2020.

Given the availability of such data mine with authorities, connecting dots with the trail of information is possible to identify outliers in terms of the industry average of tax payments, profit margins as well as any mismatches between the details of income and expenses submitted to two different authorities.

The tax authorities can gather information and primarily assess any evasion of tax through non-payment or short-payment on various income streams, admissibility of input tax credit availed, matching of details for credit/ refund receivable, etc.

The sharing of information between income tax and GST authorities for exchange of data points is a rational move where information already available is looked through, analysed in a non-intrusive way and taxpayers can be approached only for seeking clarifications or incremental information.

This helps the government do away with the traditional approach of tax assessments by visiting the premises of the taxpayer and scrutinising the data. Instead, this will help in carrying out focussed and issue-specific assessments, resulting in efficiency in the assessment process.

This handshake between the direct and indirect taxation authorities will also benefit honest taxpayers who should not be hassled unnecessarily with notices and assessment proceedings, given that data provided by them on all platforms would match. However, this will also have a flip-side.

There are various reasons for which the books of account may mismatch with the income returns as well as GST returns. For example, provisions of time of supply under the GST law differ from the accounting standards as well as income tax provisions.

Also, exemptions under income tax differ from exemptions under GST laws. In case of such mismatches, the taxpayer will have to prepare a three-way reconciliation among the income tax returns, GST returns and financial statements, which will be problematic for taxpayers unless the government's data mapping and intelligence system take care of this aspect.

If this aspect is not handled with sensitivity, it could lead to increased notices and tax litigations and defeat the purpose of the data exchange.

While sharing of data among authorities is a welcome move and will enable the tax authorities to focus on the outliers, the government should ensure that this process does not make the entire process cumbersome for the taxpayers.

Hence, your data - good or bad, structured or unstructured, matched or unmatched or reconciled - will drive your tax destiny, while the government uses the data to create a virtual profile or 'virtual kundli' of your business.

(Prashant Deshpande is Partner and Shrenik Shah is Director at Deloitte India. Aditi Maheshwari is a Deputy Manager at Deloitte Haskins and Sells LLP.)

Also read: Why this Kolaveri over arrest of tax evaders by GST commissioner?

Task cut out for Modi 2.0 to put economy back on growth path