Budget Session 2020: President Kovind said that the government is clearly of the view that the mutual discussions and debates strengthen democracy 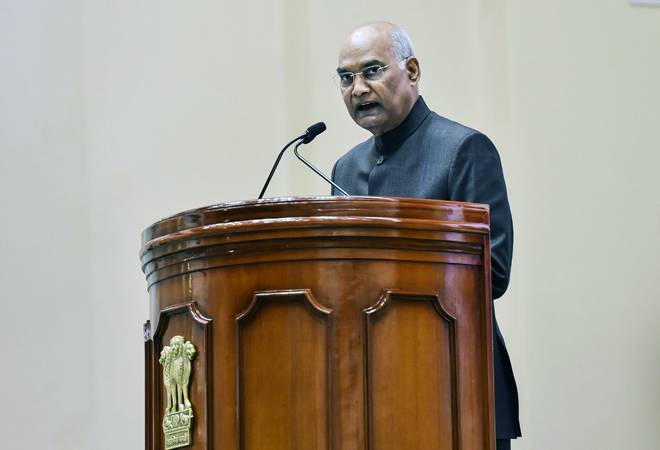 Budget 2020: President Kovind said violence in the name of protest weakens the society

Budget Session 2020 began with a speech by President Ram Nath Kovind. The President delivered this speech in the Central Hall of Parliament at 11 am and spoke about a host of issues. He lauded the people of India for their acceptance of the Ram Janmabhoomi verdict. The President also spoke about the achievements of the government and urged citizens to refrain from violent protests.

"Our constitution expects from this Parliament and every member present in this House to fulfill the hopes and aspirations of the countrymen and make necessary laws for them, keeping national interest paramount," said President Kovind. The President also lauded the way people reacted to the decision of the Ram Janmabhoomi.

"My government is clearly of the view that mutual discussions and debates strengthen democracy further. At the same time, any kind of violence in the name of protest weakens the society and the country," he said.

The President said that the government built the Kartarpur Sahib Corridor in record time, and dedicated it to the nation on the occasion of 550th Prakash Parv of Guru Nanak Dev Ji.

"On the special request of my government, Saudi Arabia increased Haj quota unprecedentedly, due to which a record 2 lakh Indian Muslims performed Haj this time. India is the first country where the entire process of Haj was done digitally and online," he said.

Chief Economic Adviser Krishnamurthy V Subramanian will release the Economic Survey for the ongoing fiscal today. Economic Survey is a detailled lowdown on the economic performance throughout the year. It also highlights the basic details of the main developmental schemes initiated by the government. The document also focuses on how these developmental schemes have fared and their effect.

Economic Survey 2020 LIVE Streaming: Telecast, coverage, when and where to watch