Due to a variety of factors--the economics and the driving rush that is a major USP of modern-day turbocharged diesel motors, the fuel was a rage in India not so long ago In cricketing parlance, this is akin to a swashbuckling batsman getting caught in a fixing scandal and then getting booted out despite all his charisma. Ever since the World Health Organisation said in 2012 that diesel engine exhaust fumes can cause cancer in humans, the fuel has fast acquired a bad-boy reputation in the world. The Volkswagen scandal of 2015 where the German giant was found using cheating software to fudge emission tests of its diesel cars precipitated its downfall. Only in India, its fall took a bit longer.

Due to a variety of factors--the economics, more on that later, and the driving rush that is a major USP of modern-day turbocharged diesel motors, the fuel was a rage in India not so long ago. Today, it is dying a slow death and from the policymakers to the manufacturers and even the consumers, nobody is rooting for diesel anymore.

When India's largest car maker Maruti Suzuki India Ltd (MSIL) last week announced its decision to phase out all its diesel cars from April 2020, it did create a flutter but did not really come as a surprise. The decision was on the back of the impending changeover from the current BS IV to BS VI fuel that would mean significant changes to be made on diesel motors to make them compliant. 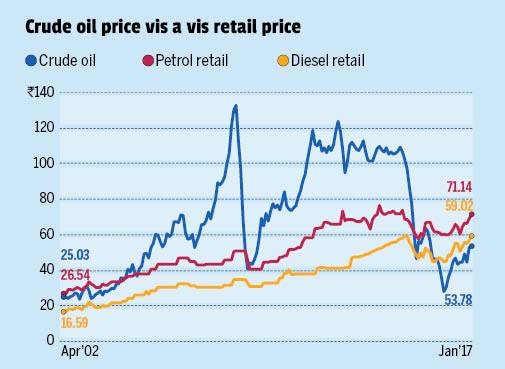 Maruti understands the pulse of this market better than most and sees no merit in trying to do so especially in its smaller cars that are currently powered by a 1.3-litre engine. The investments involved in the research and development and after that at the factory level, are substantial. The returns are uncertain. The clamour to dump diesel for good in India, which has some of the world's most polluted cities filled with toxic air, has been belated but has grown over the last few years.  In December 2016, the Supreme Court banned the registration of all new cars that had diesel engines above 2000cc in the National Capital Region as the city was gasping for its breath at the onset of winter; as it does every year. The ban stayed in place for a good eight months. Around the same time, the National Green Tribunal also banned 10-year-old diesel cars from plying in Delhi. The cut-off limit for petrol vehicles is 15 years.

"The Supreme Court ban (2015) and the ban on diesel cars that are more than 10 years old in Delhi reiterate the overall anti-diesel sentiment in the country. Clearly, diesel is not a fuel for the long term for passenger vehicles," R C Bhargava, chairman of MSIL said last week.

Others are also as unsure about the viability of the fuel. Tata Motors that had at one time a diesel heavy portfolio also said it may not make sense to sink in investments in smaller BS VI compliant diesel engines that may not see enough demand in the market.  Already, the demand for diesel cars in India has fallen dramatically as the economics in favour of diesel as a fuel has waned. Share of diesel cars in overall sales in the country had skyrocketed to 47 per cent a few years in 2012-13 on the back of all-time high difference in the price of petrol and diesel fuels. The government of India had de-regulated prices of petrol and aligned them with the international markets in 2010 but persisted with the regulation of diesel prices for four more years. This created an artificial situation where petrol prices kept going up but prices of diesel were capped. As a result, the difference in the prices of the two fuels went up and peaked in May 2012 when diesel was Rs 32.27 per litre.

That price differential today has significantly reduced skewing the economics of owning a diesel car. Diesel today is cheaper than petrol by just Rs 6.42, a historic low. (see table) A diesel car is typically at least Rs 1 lakh more expensive but its higher fuel economy and lower price of the fuel means consumers who are heavy users of cars tend to benefit in the long run. When any of these factors change, however, the economics changes dramatically. This is how.

If you had bought a diesel car back in May 2012, when the difference was at its highest, it would have taken you just about 53,000 km to recover the Rs 100,000 that you would have paid over a like to like petrol variant (we have taken Maruti Suzuki's popular Swift model for our calculations). In other words, if you drive 50 km a day or 18,250 km a year--an average Indian car owner drivers much lower, you would have broken even in just 35 months or under three years. Diesel as a fuel has higher calorific value, which means it burns cleanly and offers 20 per cent better mileage compared to petrol. Coupled with the lower price thanks to the administered pricing mechanism in 2012 as explained above, diesel offered 50 per cent better running cost than petrol.

In contrast, if you were to buy a diesel car today - April 2019 - ignoring the charms of a petrol car, you would need to drive a good 102,603 km to recover the extra money you would pay. Keeping everything else constant, that is a good 67 months - or five and a half years. Compared to May 2012, the edge that diesel has over petrol in running cost has been blunted to less than 25 per cent.

The introduction of BS VI fuel will alter this maths again. The cost of a diesel engine is set to go up and the difference in price between a diesel and a petrol car is likely to go up at Rs 2.5 lakh from the average Rs 1 lakh today. With everything else as a constant, the time to break even escalates to 152 months or 12 and a half years. Diesel would then make sense only for very heavy users who clock extremely high mileage on a yearly basis.

As Maruti pointed out, the impact of this on the psyche of the Indian consumer would be significant. Even in Europe, which is less price conscious, the introduction of Euro VI fuel in the second half of 2015 has led to a fall in the sale of diesel cars.

"If you wait till next year, you will have to pay a substantially higher price. People who love diesel cars may rush to buy them now. It's their last chance," Bhargava says.