It is a non-holiday record and SS Rajamouli's magnum opus is expected to make new records during its first weekend, possibly crossing the Rs 300-crore mark. 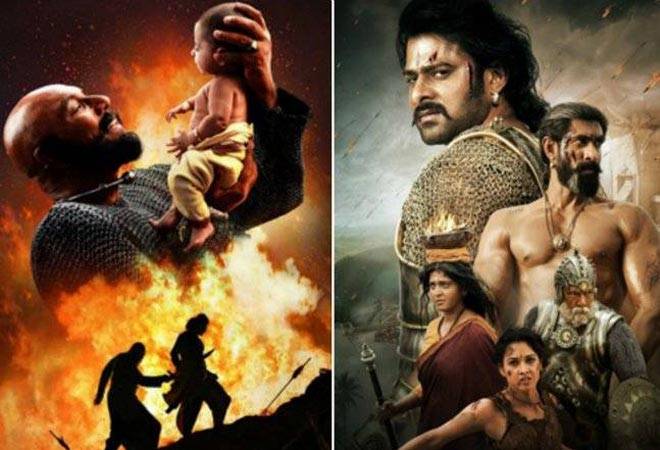 Prabhas-starrer Baahubali 2: The Conclusion which released on April 28, 2017 created a storm at the boxoffice on day one. Day two hasn't been any less for Baahubali 2 which crossed the Rs 200 crore mark at the box office.

The movie which released on over 9,000 screens worldwide collected more than Rs 100 crore for Tamil, Telegu and hindi version, according to early estimates of boxofficeindia.com . For Hindi alone, the movie collected around Rs 55 crore, according to other estimates.

Trade analyst Taran Adarsh tweeted today on the thumping of reception of 'Baahubali 2: The Conclusion'.

No Republic Day... No Eid... No Independence Day... No Diwali... No Christmas... #Baahubali2 creates MAGIC at the BO on non-holiday...

The figure is much more than the first day collection of Salman Khan-starrer Sultan Rs 36 crore and Aamir Khan's Dangal (Rs 29.50 crore). Its prequel Baahubali: The Beginning collected Rs 60 crore on its first day. Even Bollywood star-directors like Karan Johar have applauded the film's massive success.

It is a non-holiday record and SS Rajamouli's magnum opus is expected to make new records during its first weekend, possibly crossing the Rs 300-crore mark.

According to boxofficeindia.com, the early breakdown of collection is as follows.

The first part, Baahubali: The Beginning, was released on 10 July 2015 and earned over Rs 650 crore worldwide.

The movie earned Rs 500 crore before its release. Filmmaker Karan Johar's Dharma Productions is presenting the Hindi version of the film.

According to the movie reviews on several media platforms, the film is much more grandeur than its prequel with incredible visual effects, high voltage drama, strong plot and some mind-blowing fighting sequences.

It seems that Baahubali 2: The Conclusion is all set to break box-office records set by its own prequel in 2015 where it collected Rs 650 crore. Baahubali 2 can be a game changer for the Indian film industry.