"The action taken by FSSAI is discouraging innovation in the food processing sector. FSSAI has created environment of fear in the industry," she said. 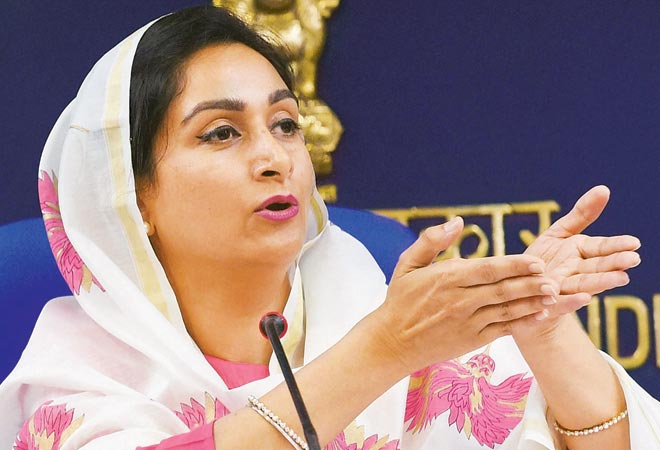 Food processing minister Harsimrat Kaur Badal slammed the Food Safety and Standards Authority of India (FSSAI) on Wednesday saying it has created an environment of fear in the food processing industry. Her statement comes in the wake of FSSAI's ban on Nestle India's Maggi noodles and the crackdown on other processed food makers.

During a conference organised by the Confederation of Indian Industry (CII) here, Badal said, "The action taken by FSSAI is discouraging innovation in the food processing sector, which is vital for the country's food security. A lot needs to be done as the FSSAI has created environment of fear in the industry. It needs to streamline its regulations as its steps are stopping innovation in the processing sector."

The minister added, "Without mentioning the big elephant in the room of food processing industry, the FSSAI, I would say that a lot needs to be done to remove the recent roadblocks or I would say fear psychosis in the industry."

The FSSAI had banned Maggi saying it was "unsafe and hazardous" after tests found presence of lead monosodium glutamate above permissible limits in the noodles. The FSSAI had followed this up with orders for testing of noodles, pastas and macaroni brands such as Top Ramen, Foodles and Wai Wai manufactured and sold by seven different companies to check compliance with the norms.

Badal said that a task force had been formed by Prime Minister Narendra Modi on her request for growth of the sector which will also look into regulatory issues. "The task force would analyse the various existing impediments and bottlenecks and provide expert guidance on key policy interventions to her ministry and states also. I would even create a special committee within my ministry, with the representatives of the CII and the respective state heads in this task force as the members, in order to resolve the issues and help the food processing industry realise its desired potential," she said.

Rupee rises most in more than two months