After attaining the $1 billion revenue target, the company will be aiming to be among the top three players in each of the verticals it is engaged in, CEO Sudhir Singh said 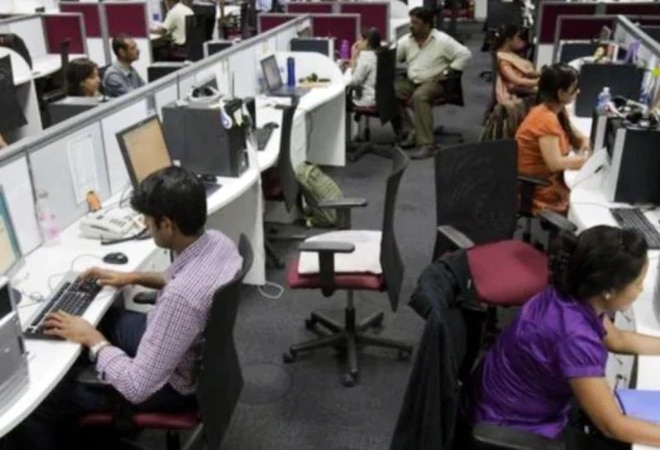 NIIT Tech which is now getting rebranded as Coforge, has an annual revenue of $600 million

NIIT Technologies is targeting to become a $1 billion company and has plans to expand in the healthcare sector, a top official has said. The company, which is now getting rebranded as Coforge, has an annual revenue of $600 million currently.

CEO Sudhir Singh, however, did not give any timeline to achieve the $1 billion (Rs 7,489 crore) revenue target, but maintained that the brand is now confident of attaining it organically without any acquisitions.

When asked about reports of a merger with Hexaware, which is also majority owned by NIIT's promoter Baring Private Equity, Singh said the company has already clarified on this issue earlier and added that it has set clear aims for the future.

"We have set a clear path to a billion dollars as an organization. This will include expanding in the banking, insurance and travel verticals and we will also expand into healthcare as an expertise. We will also industrialise our capabilities in artificial intelligence, cloud and data services," he told PTI.

After attaining the $1 billion revenue target, the company will be aiming to be among the top three players in each of the verticals it is engaged in, Singh said, conceding that it will take long for that and it would also mean the company takes on the IT biggies.

He said the company has never talked about the intent of clocking $1 billion in revenue in the past but is now confident enough about attaining the number and hence worth mentioning.

The company wants its growth to be predictable, sustainable and profitable, Singh said, adding that rendering the high-margin services in the digital segment will also be a special focus.

He said the revenue will grow by seven per cent in the ongoing September quarter over the preceding June quarter and the company will notch a mid-single digit revenue growth for the fiscal year.

It is also confident of a 1.5 per cent rise in the operating profit margin on a sequential basis during September quarter and maintaining the number above 18 per cent over the medium term.

Singh said the digital stream, which now contributes 40 per cent to the total revenue, accrues in wider profit margins and the company has a target to take its contribution to 45 per cent.

From a hiring perspective, Singh said the company will add employees on a net basis in 2020-21 but did not share the number of staff to be added.

The rebranding exercise was carried out to reflect the faster growth pace, Singh said, adding that as per the share sale to its new promoters, the company was to have a new identity within 18 months.