Rishad Premji takes over as Wipro Chairman; Azim Premji to continue to serve as Non-Executive Director

Wipro has been struggling to match the industry growth rates. It had earlier outlined a 3-year road map to turn around the company, though it still looks like a work in progress 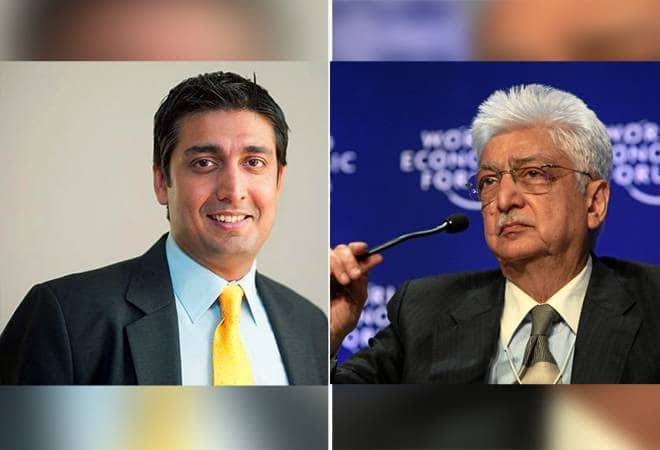 Rishad Premji took over as Wipro Executive Chairman on Wednesday in a low-key handover from his father Azim Premji. Senior Premji had decided to step down from his position as Chairman in June. After having led the company for over five decades, Azim Premji will continue to serve as the Non-Executive Director on the board and the Founder Chairman.

"I am very excited about our future and the opportunity to create value for all our stakeholders in these transformative times for Wipro and the technology industry. I look forward to their trust, collaboration and support," 42-year-old Rishad had earlier told BusinessToday.In.

Rishad Premji's elevation in the company came as no surprise. It was a much-anticipated move for over two years now. Joining the company as a young business manager 12 years ago in 2007, Rishad Premji was inducted into the board in May of 2015. Rishad Premji's grooming to take over his father's role has been over a decade long journey. A graduate from Harvard Business School, he handled the responsibility as the general manager, treasury and investor relation, which gave him wide exposure to consulting, finance, treasury and operations of the company.

In September 2010, he took over the role of Chief Strategy Officer of the IT services (before the demerger) reporting to the then joint CEOs of the company. As the Chief Strategy Officer, he led Wipro's M&A Strategy and conceptualised Wipro Ventures. The $100-million fund invests in start-ups working on developing technologies and solutions, which complement Wipro's businesses with next-generation services and products.