For a republic at work since 1947, decisions on issues of national importance without prior consultation with experts, opposition parties, state governments and other stakeholders are not only inconceivable but come with consequences that could be easily avoided 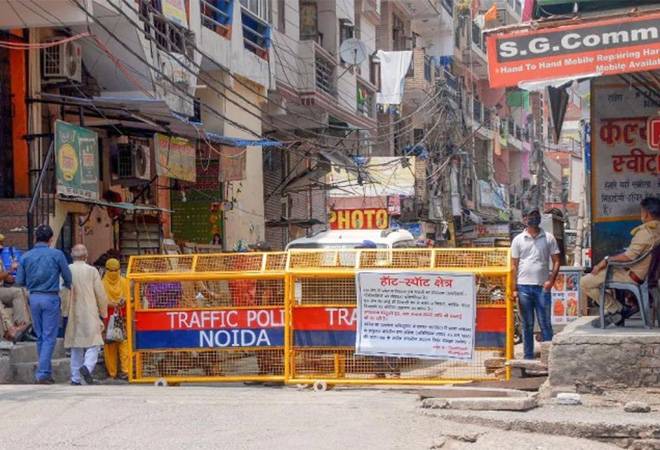 India is undergoing an unprecedented crisis but its highest decision-making body, the Parliament, and important stakeholders like the opposition parties, are missing from the scene

May 25 marked the resumption of domestic flights after a lockdown of two months. But the day was also marked by chaos at airports with more than 80 flights getting cancelled and hundreds of passengers stranded.

This was a direct fallout of Civil Aviation Minister Hardeep Singh Puri's decision to open domestic flights without consulting states or giving them adequate time to prepare (for screening, transportation and quarantine). In fact, several states like Maharashtra, Tamil Nadu and West Bengal had flatly refused to allow such flights. Maharashtra chief minister Uddhav Thackeray revealed that states had not been consulted on the matter.

Unmindful of the ground realities, however, Puri tweeted on May 25: "Indians soar in the skies again".

When Puri declared the resumption of flights on May 22, he had said there would be no requirement for 14-day quarantine for passengers. Two days later, on May 24, the Union Health Ministry issued a notification that ended with a note: "NOTE: States can also develop their own protocol with regards to quarantine and isolation as per their assessment".

The states went into an overdrive to put in place the required mechanisms.

Something similar had happened earlier in the month when train services were started to ferry migrant workers. Inadequate time to prepare had forced several states, including Bihar and West Bengal, to either cancel or delay several trains.

This last-minute panic reaction from states and people getting stranded for no fault of theirs has become a recurring feature of decision making in India. The continued plight of migrant workers, walking or cycling hundreds and thousands of kilometres with kids, pregnant women and loads on their heads even while train services resumed after nearly 50 days of lockdown, reflects the other extremes of the decision-making process: too slow to react, half-hearted measures and lack of empathy to human suffering and pain.

For a republic at work since 1947, that is, for 73 years in the running, this is inconceivable, and painfully so.

Decisions without clarity of purpose

These are not the only problems with decision-making.

One of the first decisions taken by the current dispensation was to dismantle the Planning Commission in 2014, dismissing it as a Soviet-era relic making five-year plans for central and state governments. Five years later, the Prime Minister was asking the central government ministries to "prepare a five-year plan".

Niti Aayog came in as a think tank to replace it but has been more active in areas outside its domain or competence. For example, it withheld 2011-12 GDP back series data for nearly four years (from January 2015 to November 2018) by insisting on lowering the growth numbers for the UPA years (read: What's the problem with re-basing India's growth calculations).

More recently, it claimed that the COVID-19 cases would reach zero on May 16 - the day India actually registered the highest number of cases (until then), numbering 4,987, then apologised but made another questionable claim: the lockdown had averted 14-29 lakh infections and saved 37,000-78,000 lives at a time when the effectiveness of lockdown was being seriously questioned.

Last week, Niti Aayog advised state chief secretaries to "accelerate" the process of setting up private medical colleges (in PPP mode) by using viability gap funding (VGF) of 30% that the central government had announced for social sectors in the 2020 budget.

This is rather strange when private healthcare has spectacularly failed to rise to the occasion and public healthcare is taking the maximum burden. The day (May 22) Niti Aayog issued this advisory, the Maharashtra government took control of over 80% of private hospital beds and capped charges for treatment of COVID-19 and other illnesses.

Niti Aayog has been vigorously promoting private healthcare and its plans include handing over government-run district hospitals to private medical colleges to be set up in the PPP mode with cheap government land (read: Coronavirus Lockdown XI: Why India's health policy needs course correction).

While announcing economic stimulus packages of Rs 21 lakh crore to meet the current challenges, the central government announced several reform proposals, the relevance of which are not clear.

The May 16 package talked about 'structural reforms' for privatisation of coal and other mining activities, defence production, aviation, power distribution, atomic energy and space research such as "planetary exploration". Has any assessment been made about the strategic or security implications of such wide-ranging changes? Also, how would these projects help in the current crisis?

The May 18 package talked about agricultural reforms that included (i) amending the Essential Commodities Act (ECA) of 1955 to impose stock limits only in exceptional circumstances like national calamities, famine with surge in prices (ii) providing adequate choices for farmers to sell their produce, free inter-state trade and e-trading and (iii) facilitating farmers to engage with processors, large retailers, exporters etc.

In reality, all of this exists now.

Limits on stockpiling and trade are imposed in exceptional circumstances. Most farmers freely trade and engage with food processors, large and small traders and retailers. The Shanta Kumar Committee report of 2015 had pointed out that only 6% of farmers directly gained from the government's procurement operations. If such a situation has helped farmers in raising their income is highly debatable.

What does the government intend? Dismantle the Agricultural Produce Market Committee (APMC)-run mandis through which procurement happens? These mandis were set up to prevent exploitation of farmers. They have their own problems, like cartelisation of mandi operators and dominance of commission agents, called 'arhatias' in Punjab and Haryana. Just throwing out the mandis would mean dismantling procurement too. What will happen to the public distribution system (PDS) and minimum support price (MSP) to provide remunerative price to farmers? How secure will that make farmers or food security?

Besides, the APMC-mandis are run by state governments and can't be dismantled with a mere statement. The online trading (e-NAM) of agricultural produce that circumvents state boundaries is an old project that has made little difference to farmers' fortune.

So, the central government's privatisation or reform projects are more for the headlines than anything else.

The twin economic shocks that unquestionably derailed India's growth story before the pandemic hit were the demonetisation of 2016 and the Goods and Services Tax (GST) of 2017.

The demonetisation caused incalculable damage to India's informal economy, the full extent of which was never studied by the government. This decision was even after the then RBI governor Raghuram Rajan advised against it, as he revealed later. That the government was not clear about its objectives, public justifications or utterances notwithstanding, was clear when it repeatedly shifted the goalposts from fighting black money and terrorism to cashless economy and bringing down real estate prices.

Once it became clear that the move had caused immense pain to people queuing up outside banks for months and millions of daily wagers, farmers and small businesses who lost their livelihoods, the decision was not rescinded.

A few months later came the GST, damaging the economy further by its poor design and lack of groundwork. Three years down the line, it is still a work-in-progress. The businesses are at liberty to file monthly details or submit vouchers; input credit claims are refunded on the basis of summary declarations without verification and they are not even required to provide GST details in their tax audit reports yet (read: Coronavirus Lockdown XII: Why the wealthy should be taxed more).

The 2019 decision to cut corporate tax to the tune of Rs 1.45 lakh crore in the middle of a slowdown is another decision the objective of which is not clear. The move was strange, to say the least, since there was enough official data in public domain then to show that the industry had cut down production and capacity utilisation because of falling demand and hence, there was a little gain from such a move.

Decisions without recognising the problems or involving other stakeholders

India also suffers from not recognising its problems.

Before the pandemic, India's unemployment rate had hit a 45-year high as the Periodic Labour Force Survey (PLFS) of 2017-18 showed. But this problem went unacknowledged. Similar was the case with the economic slowdown. As a result, there was no remedial measure from the government either.

The COVID-19 pandemic has worsened both but the approach remains unchanged. An examination of the Rs 21 lakh crore economic stimulus package would show that only a small fraction of it, Rs 1.5-2 lakh crore, is set aside for actual fiscal spending essential to address unemployment and slowdown problems.

There is another reason to worry.

India is undergoing an unprecedented crisis but its highest decision-making body, the Parliament, and important stakeholders like the opposition parties, are missing from the scene. In contrast, the US Congress has met repeatedly to deliberate, devise and clear multiple packages to battle the coronavirus pandemic's aftereffects. The difference between the stimulus packages is too glaring to be missed.

Not just that, there is little role of experts. Several investigative reports have established how experts, including a Task Force set up to devise strategies to handle the COVID-19 pandemic, were either not consulted or ignored, severely compromising the response.

Making the right decisions is no rocket science. Institutions do it by keeping things simple: identify the problems, take the help of experts, consult stakeholders, make plans and strategies, prepare and then go ahead. Once a decision is made and enforced, carry out a periodic review and take corrective measures.

But all this seems really a tall order for India.