In the early hours of Saturday, Indian space agency ISRO's plan to soft land Chandrayaan-2's Vikram module on the lunar surface did not go as per script 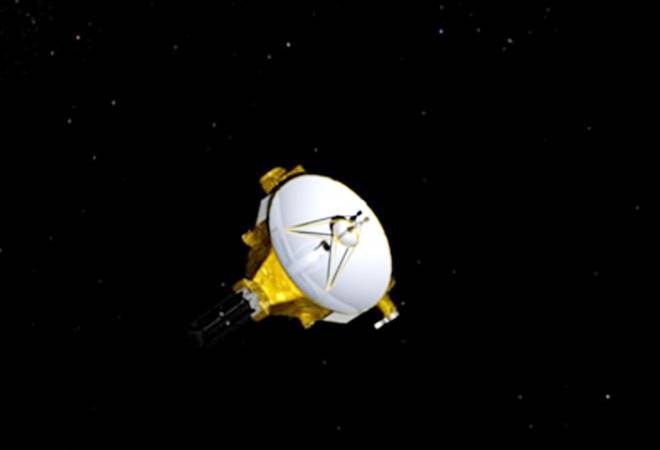 This year, Israel, too, launched its lunar mission Beresheet in February 2018 but it crash-landed in April

Only half of the lunar missions involving landing on moon surface have succeeded in the last six decades, according to NASA. There have been a total of 109 lunar missions from 1958, out of which 61 were successful, says the US space agency's 'Moon Fact Sheet'. As many as 46 missions involved landing on the lunar surface, including landing of the rover and sample return. Out of these 21 were successful, while two were partially successful.

Sample return means mission that involves collecting and returning samples to earth. The first successful sample return mission was Apollo 12 of the US launched in November 1969. In the early hours of Saturday, Indian space agency ISRO's plan to soft land Chandrayaan-2's Vikram module on the lunar surface did not go as per script. The lander lost communication with ground stations during its final descent, ISRO officials said, adding that the orbiter of Chandrayaan-2 -- second lunar mission -- remains heathy and safe.

This year, Israel, too, launched its lunar mission Beresheet in February 2018 but it crash landed in April. In 2008, India had launched Chandrayaan-1 which had an orbiter and an impactor. One of achievements of the mission was discovery of water molecules on the moon. The maiden mission to the moon was planned by the US in August 17, 1958, but the launch of Pioneer 0 was unsuccessful. The first successful mission to the moon was Luna 1 by the USSR on January 4, 1959. It was also the first 'Moon flyby' mission. The success had come only in the sixth mission.

From 1958 to 1979, only the US and the USSR (now Russia) launched Moon missions. In these 21 years, the two countries launched 90 missions. There was a lull in the decade that followed with no lunar missions from 1980-89. Japan, the European Union, China, India and Israel have been late entrants. The countries have launched different lunar missions -- orbiters, landers and flyby (orbiting the moon, landing on the moon and flying by the moon respectively). In a span of a little more than a year, from August 1958 to November 1959, the US and the USSR launched 14 missions. Only three -- Luna 1, Luna 2 and Luna 3 -- were successful. All were launched by the USSR. The Ranger 7 mission launched in July 1964 by the US was the first to take close-up pictures of the moon. The first lunar soft landing and first pictures from the lunar surface came from Luna 9, launched by the USSR in January 1966. Five months later, in May 1966, the US successfully launched a similar mission Surveyor-1. The Apollo 11 mission was the landmark mission through which humans first stepped on the lunar surface. The three-crew mission was headed by Neil Armstrong.

Japan launched Hiten, an orbiter mission in January 1990. This was also Japan's first Moon mission. After that, in September 2007, Japan launched Selene, another orbiter mission. There were six lunar missions from 2000-2009 -- Europe (Smart-1), Japan (Selene), China (Chang'e 1), India (Chandrayaan-1) and the US (Lunar Reconnaissance Orbiter and LCCROSS). From 2009-2019, ten missions have been launched of which five have been sent by China, three by the US, and one each by India and Israel. Since 1990, the US, Japan, India, the European Union, China and Israel launched 19 lunar missions.

President Kovind's foreign visit: Pakistan denies India's request for use of its airspace