The national lockdown did not just throw 72 million out of the labour force but it also drove another 85 million to some kind of desperation to look for jobs, CMIE's Mahesh Vyas said 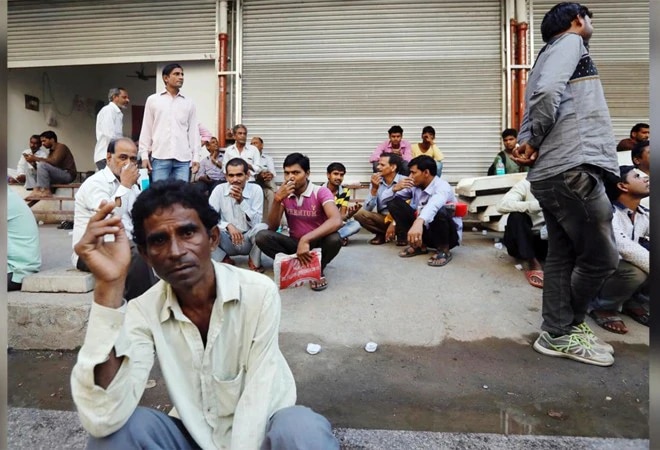 The labour force is expected to have plunged to 362 million

The unemployment rate fell to 21.1 per cent in the week ended April 26, lowest during the coronavirus lockdown period, according to the Centre for Monitoring Indian Economy. The rate of unemployment was 26.2 per cent rate in the preceding week of the month, Mahesh Vyas, Managing Director and CEO, Centre for Monitoring Indian Economy (CMIE), said. While the unemployment rate declined, the labour participation rate further plunged in the period.

"The labour participation rate has dropped from 42.6 per cent in the week of March 22 which was just before the national lockdown to 35.4 per cent in the latest week ended April 26. I.e. a 7.2 percentage point fall, implying that 7.2 per cent of the working age population have quit the labour markets during this lockdown," Mahesh Vyas said in an article.

The labour force is expected to have plunged to 362 million from 434 million in March 2020. Of these, 21.1 per cent were unemployed. "This suggests that the count of the unemployed who were actively looking for jobs during the week of April 26 was of the order of 76 million," he wrote.

Coronavirus lockdown: Why Sajjan Jindal fears 'awakening' economy will be a challenge