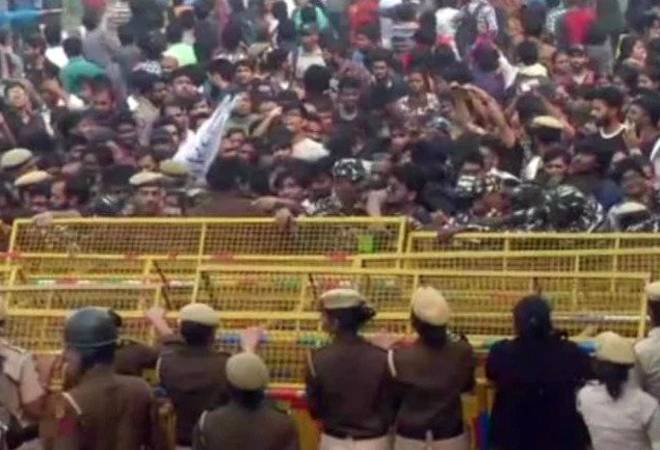 The Jawaharlal Nehru University (JNU) Wednesday announced a partial rollback of the hiked hostel fees in the aftermath of intensified protests by the students.

"JNU Executive Committee announces major roll-back in the hostel fee and other stipulations. Also proposes a scheme for economic assistance to the EWS students. Time to get back to classes," Education Secretary R Subrahmanyam said on Twitter.

The JNU executive council meeting had to be moved outside the JNU campus amid fears of protests by the agitating students demanding a rollback of the fee hike.

The executive council is the highest decision-making body of the JNU.

The students with support from left-backed political outfits and RSS-backed ABVP have been agitating against the hostel fee hike for almost a fortnight. The ABVP representatives had also mulled a march to the UGC office over the issue.

The students have been demanding the withdrawal of the draft hostel manual. The service charges of Rs 1,700 were implemented in the manual along with a one-time and refundable mess security fee which has been increased from Rs 5,500 to Rs 12,000.

Meanwhile, a JNU Teachers' Association (JNUTA) representative told PTI, "We will issue a statement when we have clear information. If the reports are to be believed, there is a no rollback but only cosmetic changes have been made."

The representative added they do not consider the Executive Council legitimate since eight members were not present owing to the administration not informing them about the change in the venue of the meeting.

The JNU students' union said it will continue its struggle till the time the hostel manual is not discussed with them.