The agency claimed the initiatives, including demonetisation and Goods and Services Tax (GST), taken up by the government would strengthen India's credit powers, boost growth prospects and global competitiveness. 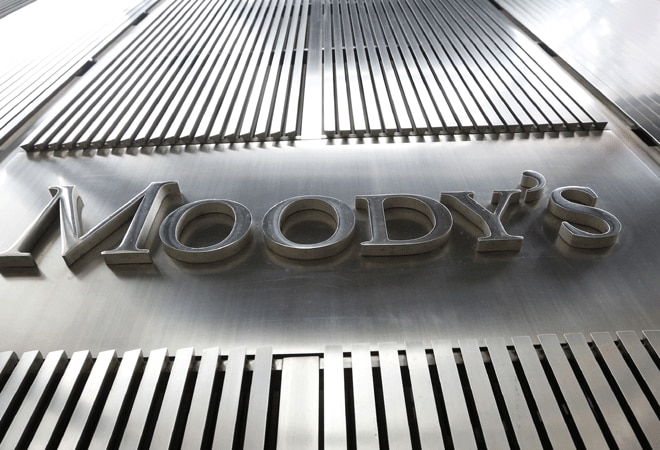 Backing the reforms carried out by the Narendra Modi government, the international credit rating giant Moody's on Tuesday defended its decision to upgrade India's credit ratings to Baa2 from Baa3 after a gap of around 13 years. The agency claimed the initiatives, including demonetisation and Goods and Services Tax (GST), taken up by the government would strengthen India's credit powers, boost growth prospects and global competitiveness. The reforms would likely contribute to a gradual decline in the general government debt burden over the medium term, said the agency.

After the agency upgraded the credit ratings on November 17, it received criticism from several quarters on the basis that while India is lacking on the economic growth front and its debt-to-GDP ratio is on the rise, the report gave thumbs up to the economic initiatives taken up by the government. Moody's explained that current the slowdown in the economic growth - India's GDP growth slowed to 5.7% in the first quarter from 6.1% in the previous quarter - was the factor it lowered India's growth forecast to 6.7% in 2017-18. But, the company said, the structural reforms makes the country's growth potential strong, "stronger than most peers". "Combined with a large and diversified economy and improving global competitiveness, this boosts economic strength, our view of an economy's shock absorption capacity, which we assess as "High (+)", the fourth highest score on our 15-rung sovereign factor score scale," Moody's said, reported Mint.

The agency had earlier posed faith in India's economic reforms, saying they could improve the business climate, productivity, stimulating foreign and domestic investment, and hence fostering strong and sustainable growth. The report said Good and Services Tax, demonetisation, Aadhaar and the Direct Benefit Transfer would take time for their impact to be seen, and some, such as the GST and demonetisation, had even undermined growth over the near term but the real GDP growth could moderate to 6.7% in the fiscal year ending in March 2018 (FY2017).

The report said the recent reforms offer greater confidence that the high level of public indebtedness, which is India's principal credit weakness, will remain stable even in the event of shocks, and will ultimately decline. "Measures (GST, DBT and Demonetisation)will increase the degree of formality in the economy, broaden the tax base, and promote expenditure efficiency through rationalisation of government schemes and better-targeted delivery will support the expected, though very gradual, improvement in India's fiscal metrics over time," it said.

The report added the government efforts to reduce corruption, formalise economic activity, improve tax collection, and administration should contribute to the further strengthening of India's institutions. "On the fiscal front, efforts to improve transparency and accountability, including through adoption of a new Fiscal Responsibility and Budget Management (FRBM) Act, are expected to enhance India's fiscal policy framework and strengthen policy credibility," the agency said. It also said that the formation of a Monetary Policy Committee (MPC) has already enhanced the transparency and efficiency in India. Moody's had also said that the recent announcements of a comprehensive recapitalisation of Public Sector Banks (PSBs) and signs of proactive steps towards a resolution of high NPLs through use of the Bankruptcy and Insolvency Act 2016 are beginning to address a key weakness in India's sovereign credit profile.

Why the Government shouldn't insist on RBI to part with its Contingency Fund?