No disinvestment, no worry! Rs 1.4 lakh crore earned from taxes on petrol, diesel

A Crisil research report says higher excise duty, which rose by Rs 13 to Rs 32.98 per litre in 2020, and with value added tax, the government is expected to earn incremental revenue of Rs 1.4 lakh crore during the current fiscal 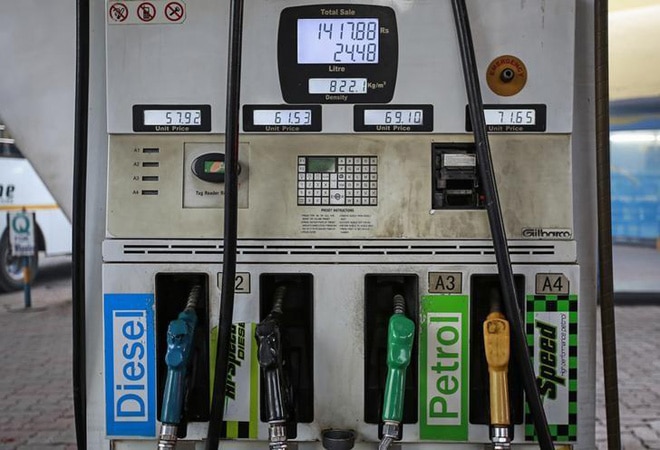 Value added tax on petrol comes around Rs 19.32 per litre

Coronavirus pandemic and slump in crude oil prices spoiled government's plan to raise Rs 2.1 lakh crore in FY21 through disinvestment. The government had planned to sell stake in public sector units such as Air India and BPCL to meet the target. However, government has compensated this shortfall with an incremental revenue of Rs 1.4 lakh crore from higher taxes on petrol and diesel.

A Crisil research report says higher excise duty, which rose by Rs 13 to Rs 32.98 per litre in 2020, and with value added tax, the government is expected to earn incremental revenue of Rs 1.4 lakh crore during the current fiscal, despite petrol and diesel sales volumes declining by 10-16%.

"Tax now accounts for over 60% of the retail selling price of petrol, compared with 47% in 2019. Given that the government has to find the money to ramp up public spending - and is also promoting usage of cleaner fuels - it is unlikely that the tax on petrol will come down to previous levels anytime soon," says Hetal Gandhi, Director, CRISIL Research.

Value added tax on petrol comes around Rs 19.32 per litre. Other levies include dealer commision of around Rs 3.67 per litre.

Crisil analysts note that the differential between Brent prices and Indian retail fuel prices were narrow in 2018 and 2019. When Brent was at US$ 56.5 per barrel in December 2018, retail prices of petrol were Rs 70.6 per litre in India. When Brent increased to US$65.9 per barrel a year after steady prices, the retail prices also increased to Rs 74.7 per litre. The petrol retail prices had crossed Rs 80 per litre mark for the first time in October 2018, when Brent crude had surged to $80.5 per barrel. While Brent prices were hovering around $40-43 for most of 2020 after the global lockdown, the retail prices of petrol in India skyrocketed to over Rs 80 per litre in August.

In calendar 2021, Crisil Research expects Brent crude to rise 23% on-year to an average $50-55 per barrel from $42.3 per barrel in 2020, riding on a gradual recovery in economic activity globally. That would mean a 4% increase over the average closing price of December 2020.

Crisil says the elevated prices of petrol due to a steep increase in taxes in the recent past is set to increase the adoption of compressed natural gas (CNG)-driven vehicles.