The prime minister will inaugurate the check post at Dera Baba Nanak, Gurdaspur in Punjab 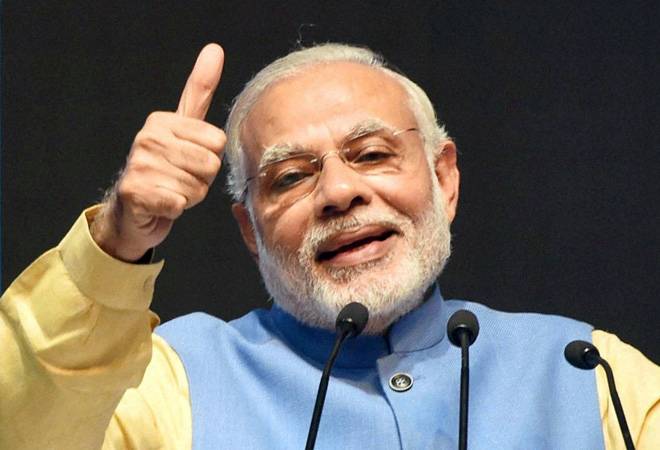 Prime Minister Narendra Modi will on Saturday inaugurate the integrated check post of the Kartarpur Corridor which will connect the Dera Baba Nanak shrine in India's Punjab with Darbar Sahib at Kartarpur in Narowal district of Pakistan's Punjab province.

The prime minister will inaugurate the check post at Dera Baba Nanak, Gurdaspur in Punjab.

Before the inauguration ceremony, Modi will pay obeisance at Ber Sahib Gurudwara at Sultanpur Lodhi, a statement issued by the Prime Minister's Office said on Friday.
He will later participate in a public programme at Dera Baba Nanak.
The inauguration of the ICP check post will facilitate, Indian pilgrims to visit to Gurudwara Kartapur Sahib in Pakistan.
India had signed an agreement with the neighbouring nation on October 24 on the modalities for operationalisation of the corridor at 'Zero Point' of the international boundary at Dera Baba Nanak, the statement said.
On November 22, 2018, the Union Cabinet had passed a resolution to celebrate the historic occasion of 550th birth anniversary of Guru Nanak Dev in a "grand and befitting manner", throughout the country and across the globe.
The Cabinet had also approved the building and development of the Kartarpur Sahib Corridor from Dera Baba Nanak to the international boundary, to facilitate pilgrims from India to visit Gurdwara Darbar Sahib Kartarpur, round the year, in a smooth and easy manner.
A state-of-the-art passenger terminal building has been constructed on 15 acres of land. The fully airconditioned building, akin to an airport, has over 50 immigration counters for facilitating about 5,000 pilgrims a day.
It has all the necessary public amenities such as kiosks, washrooms, child care, first aid medical facilities, prayer room and snacks counters inside main building.
The national flag has been hoisted at the site on a 300 feet tall post.