The Rafale jets induction ceremony would be held at the Ambala air base. French defence minister Florence Parly would also be invited for the event 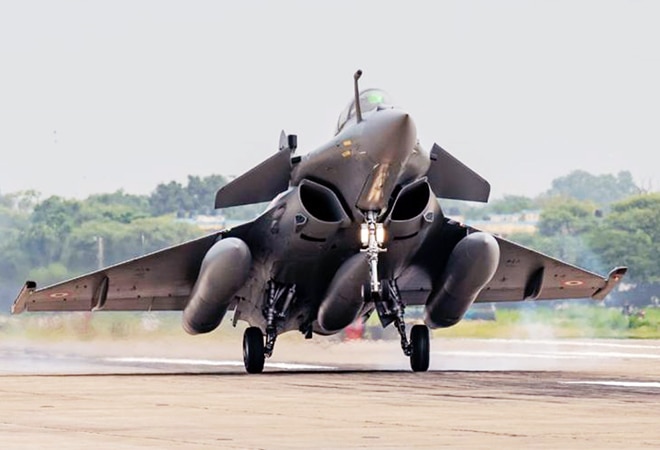 Rafale jets to be inducted into Air Force by Rajnath SIngh

Defence Minister Rajnath Singh will formally induct five Rafale fighter aircraft into the Indian Air Force on September 10. The ceremony would be held at the Ambala air base. French defence minister Florence Parly would also be invited for the event.

The induction ceremony would take place after Rajnath Singh returns from Russia where he is scheduled to attend the meeting of defence ministers of Shanghai Cooperation Organisation member countries from September 4 to 6.

"The Rafale aircraft induction ceremony would be held on September 10 with the defence minister as the chief guest. The French defence minister is also being sent an invite to attend the event to mark the strategic friendship between India and France," sources said told news agency ANI.

On July 29, five Rafale aircraft arrived in India. Within 24 hours of touch down, the IAF started extensive training sessions. Part of the IAF's 17 Golden Arrows squadron, the Rafale jets have already flown over Ladakh and have been familiarising with terrain of different parts of the country.

The Rafales are equipped with the air-to-air Meteor, air to ground SCALP and Hammer missiles.

Under the largest-ever defence deal, India placed an order for 36 Rafales worth over Rs 60,000 crore with French firm Dassault Aviation. Majority of the payments have already been made. The deal was signed in September 2016 with Manohar Parrikar as defence minister.