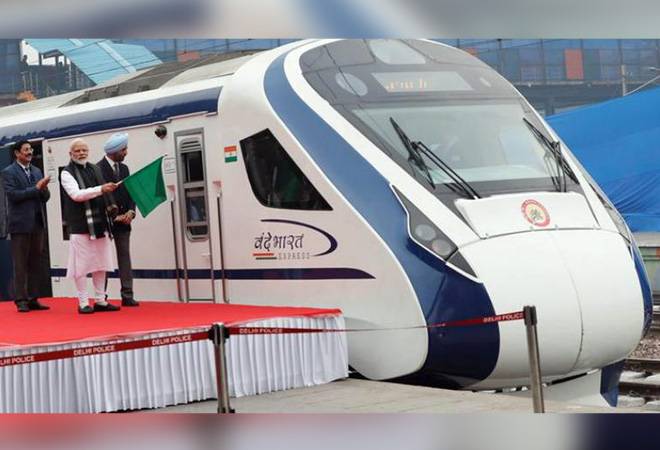 The Train 18 commenced its commercial operations recently and is slated to run on three routes identified by the Railway Ministry namely, Bengaluru-Mangaluru route, Mangaluru-Hyderabad route and Mangaluru-Chennai route.

"Vande Bharat will soon be introduced on Bengaluru-Mangaluru, Chennai-Mangaluru and Hyderabad-Mangaluru routes," the minister on Friday told media reporters in Bengaluru.

"It is one of the kind train, and is eveloped through make in India programme, with indigenous technology," Goyal added.

The Railway Minister in his tweet last Saturday also confirmed the same. He wrote: "Vande Bharat from Bengaluru to Mangaluru soon".

The high speed train has been manufactured in a record time of 18 months by the Integral Coach Factory (ICF), Chennai under the government's 'Make in India' programme.

Vande Bharat Express currently plies between New Delhi and Varanasi and can go up to a maximum speed of 160 kmph thereby reducing the travel time for passengers. The trains are designed to replace all Shatabdi Express trains of Indian Railways.