Brazil, a major sugarcane producer, has been against India's existing scheme to support sugarcane farmers claiming that it was beyond the permissible limits under the WTO regulations 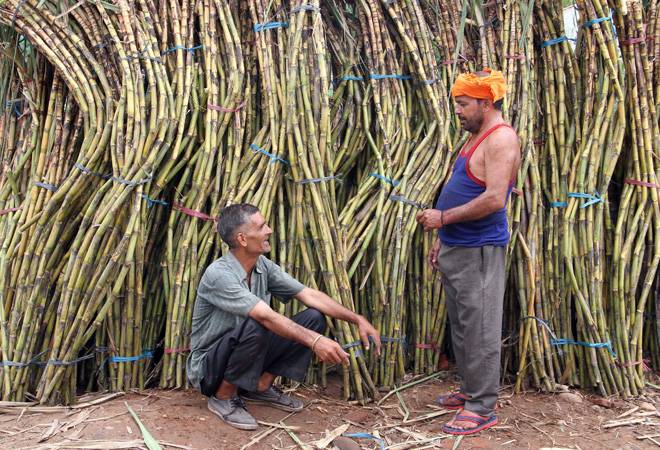 Prime minister Narendra Modi-led government's decision to invite Brazilian President Jair Messias Bolsonaro as the chief guest of India's Republic Day celebrations on January 26 has been criticised by All India Sugarcane Farmers' Federation (AISFF), an affiliate of CPIM's farmer body All India Kisan Sabha. The organisation is opposing the position taken by Brazil against India over the government's minimum price support programme for farmers at the World Trade Organisation (WTO).

Brazil, a major sugarcane producer, has been against India's existing scheme to support sugarcane farmers claiming that it was beyond the permissible limits under the WTO regulations. AISFF complains that the Brazilian move to challenge India's Fair and Remunerative Price (FRP), the State Advised Price (SAP) and export subsidy measures directly threatens the livelihoods of sugarcane farmers in India.

Brazil along with Australia and Guatemala had raised a WTO challenge saying India's product specific domestic support for sugarcane is in excess of its de minimis entitlement of 10 per cent of value of production under WTO provisions and India has no scheduled entitlements for giving export subsidies. Brazil has claimed that India has increased its FRP from Rs 1,391.20/tonne in 2010-11 to Rs 2,750/tonne in 2018-19 and the SAP was also questioned. India's assistance of Rs 5,500 crore to support the sugar industry in 2018-19 was also a bone of contention.

AISFF points out that the charges against India are made without considering the fact that while calculating Market Price Support (MPS) in the WTO regime, the External Reference Price (ERP) is still that of (export or import prices of) years 1986-88. Such an ERP was fixed at Rs 156.16 per tonne at that time, and this is being compared with the current FRPs (Rs 2750/tonne) on sugarcane without accounting for inflation, whereas the deflated SMP/FRP is only around Rs 290.88/tonne.

"The sugarcane farmers in India are not even getting the meagre prices which ironically are termed Fair and Remunerative Prices. Cane arrears are rising and is reported to be more than Rs 24,000 crore. In the context of the prevailing farm distress, the sugarcane farmers face an uphill battle on domestic and international fronts. The skewed provisions of the Agreement on Agriculture (AoA) and the commitments under them have added to the grievance of farmers. If the WTO rules against India, the Indian government will be unable to announce FRP or steps to protect exploitation of farmers by sugar lobby. Local production will fall and we will be pushed into import of sugar," D Ravindran, President AISFF says.

The organisation says that Brazil sees India as an attractive market for sugar industry and access to this market would open up a potentially large export sector for it. "If India loses the dispute, it would have to modify all measures that have been found inconsistent with the AoA. In the absence of the present support policies, the sugarcane sector that employs over 50 million farmers and over 500,000 sugar mill workers may face an imminent collapse. The Narendra Modi-led BJP government instead of protecting the interests of Indian farmers is rolling the red carpet for the Brazilian President whose government is seeking to destroy the livelihoods of sugarcane farmers," N K Shukla, general secretary, AISFF said.

The federation has called for a week long campaign from January 18, culminating with protest actions on January 25, 2020 in the sugarcane growing areas of the country.

Walmart's bigger worry in India is Flipkart, not its cash-and-carry business