Pakistan was put on the FATF grey list in June of 2018 and was put on notice to be blacklisted by October 2019 if it didn't curb money laundering and terror financing. 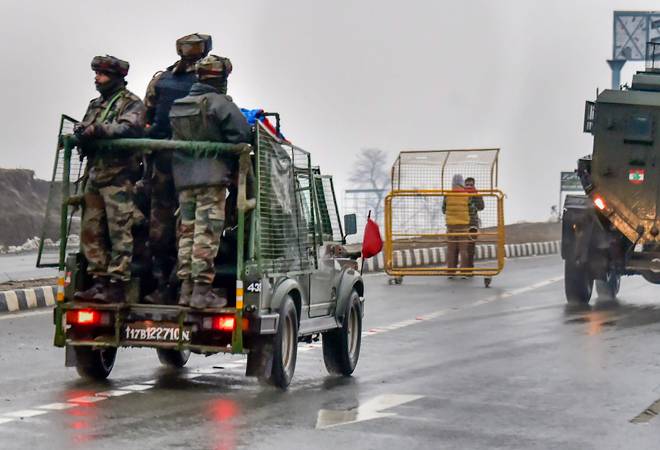 After Pulwama terror attack. India will isolate Pakistan in FATF and European Commission, putting economical pressure on the cash-strapped country.

India's next diplomatic action against Pakistan would be at the Financial Action Task Force (FATF) plenary meeting in Paris on February 17-22.

Pakistan was put on the FATF grey list in June of 2018 and was put on notice to be blacklisted by October 2019 if it didn't curb money laundering and terror financing. If India manages to convince the international financial watchdog on Pakistan's involvement in terrorism then it would lead to massive financial curbs on Pakistan's already dwindling economy.

The review meeting is to take place this coming week in Paris to look at the measures taken by Pakistan to curb money laundering and terror financing.

Coming right after the Pulwama attack by the Jaish-e-Mohammad whose chief Masood Azhar has been proved a safe haven by Pakistan, the Indian delegation will be armed to cut right through any of Islamabad's arguments.

The other important diplomatic achievement would be to have the European Union Commission blacklist Pakistan. India is engaged with the EU on the matter. The European Commission normally blacklists all those nations that are put on FATF's grey list. The commission has already proposed to put the Pakistan's name on the black list.

The proposal to put Pakistan on the international financial watchdog's list was initiated by US, UK, France and Germany in January, 2018 after concerted bilateral effort by India with each country all through 2017 which led the four nations to nominate Pakistan.

In June 2018, the international watchdog declared Pakistan to be on the grey list with a 15-month Action Plan, until October 2019, to prove that it is taking steps to curb terror financing. Islamabad had been given a 27-point action plan that the country has to implement till September 2019.

Pakistan's case is monitored by Asia Pacific Group that reports on the progress of the 27 agreed actions. The last review meeting of the sub-group of FATF took place took place on Jan 8-10 this year with Pakistani authorities in Sydney, the report of which will be placed during the plenary session in Paris.

The decision of grey listing comes up for review thrice with a final round of decision on blacklisting in Oct 2019. The first review was done in October 2018, the second would be held this week, Feb 2019 and the final review would be held in June of 2019. If the grouping concluded non.compliance by Pakistan then it would be blacklisted in October.

The good news is that FATF works on consensus and a single country cannot stop the move. Interestingly, the current chair of the grouping is US and the Vice President is China. China made it to the seat with India's help during the last meeting. India ensured Pakistan's grey listing with no dissent from any quarter. Pakistan's nomination for grey listing was with consensus. None of the 37 countries opposed.

It is learnt that Pakistan government has finalised a functional strategy for meeting with FATF which would be led by their Finance Secretary. National Counter Terrorism Authority director general and other top officials from the Financial Monitoring Unit of the State Bank will be part of the delegation too.

Pakistan team will brief the FATF authorities on measures it has taken to curb money laundering and terror financing. The delegation will put forward a list of measures Pakistan wants to adopt.