Coronavirus: Follow govt instructions or go to jail! There are enough laws

Kerala has already directed the police to arrest COVID-19 infected people kept under isolation and home quarantine, if found roaming in public places 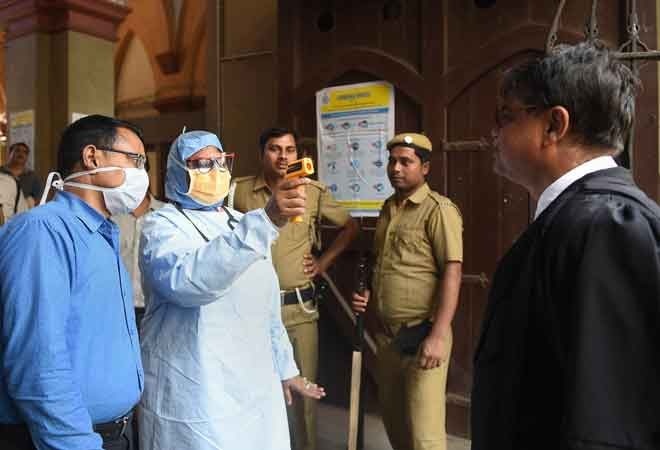 A couple of days ago, Rajith Kumar, a college teacher and a contestant in popular TV reality show 'Big Boss' run by actor Mohanlal for a leading Malayalam channel was expelled for allegedly attacking a female co-contestant. Kumar called up his 'fans' in Kerala and asked them to organise a 'royal welcome' on his way back home from Chennai. Braving state government directives on Covid-19 preventive measures, he was given a rousing heroic welcome by 74 fans assembled at Kochi airport on Sunday.

Within hours, Ernakulam district collector S Suhas directed the police to arrest all of them. Police slapped Indian Penal Code (IPC) Sections 143, 147, 149, 188 and 283 against them. While the actor is absconding, at least 13 supporters have been arrested. The Collector, in a Facebook post, later said while the world was cautious and orders had been issued advising against gatherings, such an incident was shameful and endangered public health.

Beware, rights as a citizen in these global emergency times and violating public health orders can end up one in jail. Kerala has already directed the police to arrest COVID-19 infected people kept under isolation and home quarantine, if found roaming in public places. As per IPC 269, which is about acting carelessly to endanger the public health and life, can lead to up to six months imprisonment and fine. In order to identify those quarantined or infected, Maharashtra, which has the largest number of Covid-19 infections, has started marking a stamp with date using voting ink on the hands of the infected as part of the vigil.

Saudi Arabia is reportedly imposing a fine of up to 500,000 riyals ($133,000) on people who do not disclose health-related information and travel details at entry points and Italy imposes a fine (EUR 206; around GBP 178) or jail (3 months) if people leave quarantine zones.

As per the Constitution, though public health is a state subject, the Concurrent List or List-III in the Seventh Schedule of the Constitution of India shares over 52 rules which empowers both state and centre to enforce various rules. While the State list 6 includes Public health and sanitation, hospitals and dispensaries, the Concurrent list 26 covers legal, medical and other professional rights. List 29 covers prevention of the extension from one State to another of infectious or contagious diseases or pests affecting men, animals or plants. Besides, an epidemic is also covered under the Disaster Management Act, notes Dr KK Aggarwal, President CMAAO, HCFI and Past national President IMA.

The Epidemic Diseases Act 1897 for better prevention of the spread of dangerous epidemic diseases, empowers the state governments and the Central government to take measures as may be warranted or necessary to control further spread of disease. Any person who disobeys any regulation or order under the 1897 Act may be charged with an offense under Section 188 of the Indian Penal Code. By this, the disobeying person is punishable with imprisonment of either for a term up to six months, or with fine up to Rs 1,000 or both.

Similarly, the Section 270, which talks about any malignant act likely to spread infection of disease dangerous to life, is punishable with imprisonment for a term which may extend to two years, or with fine, or with both.

During the times of public health emergencies, governments can enforce reasonable restrictions on the fundamental right "to move freely throughout the territory of India.' for its citizens. The Supreme Court has also clarified that the right of privacy is an essential component of the right to life, but that it is not absolute and may be restricted to prevent crime or disorder, or to protect health, morals, or the rights and freedom of others.