"Let's make it clear !! First and final warning for 2020. I am making it official and don't blame me later on. @RickyPonting #runout #nonstriker @AaronFinch5 and I are good buddies between. #IPL2020," Ashwin said in a tweet 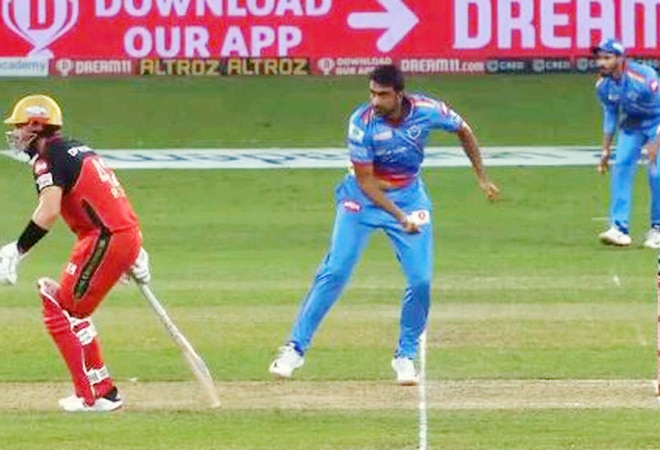 Delhi Capitals (DC) cricketer Ravichandran Ashwin has said sparing Aaron Finch in the IPL match against Royal Challengers Bangalore was his first and last warning to batsmen backing up too far at the non-striker's end, and he should not be blamed if he runs them out in the remaining part of the tournament.

On Monday's match, the legendary off-spinner spinner had restrained from 'mankading' RCB opening batsman Aaron Finch, who was caught short of the crease when the Australian cricketer backed up too far during RCB's chase of 197. Ashwin just stopped short of his run-up and did not dislodge the bails and only gave a warning to the Australian.

"Let's make it clear !! First and final warning for 2020. I am making it official and don't blame me later on. @RickyPonting #runout #nonstriker @AaronFinch5 and I are good buddies between. #IPL2020," Ashwin tweeted.

Last year, Ashwin, who was playing for Kings XI Punjab franchise, had ran out England's Jos Buttler at the non-striker's end when he backed up too far. He was criticised by many who called it against the spirit of the game.

Ahead of the start of IPL 2020, Delhi Capitals coach Ricky Ponting said he would not allow Ashwin run out batsmen in that fashion since it was "not within the spirit of the game".

Moved out of India due to rising cases of COVID-19, the 13th edition of IPL, the world's biggest T20 league, is being held across three venues in the UAE from September 19 to November 10.

Want medical cover for your dog? Insure your furry buddy at Rs 315 premium